Google tried for years to make a compelling TV product (remember the Nexus Q?), but in 2013 it finally hit gold with the original Chromecast. The tiny $35 dongle acted as an external screen for your phone, instead of trying to be a self-contained media center, and it turned out to be a great idea. Six years later, most of Google's hardware lineup is based on the stick, and the Cast protocol now reaches across thousands of wireless speakers, TVs, and other devices.

The original 2013 Chromecast was fantastic out of the gate (how often can you say that about a Google product?), even though native support for Casting was mostly limited to Google's apps and Netflix. If you want a blast from the past, check out our review from the time. It turns out we were wrong about "tab casting [...] might be the Chromecast's killer feature in the future," but hey, we don't have a time machine. 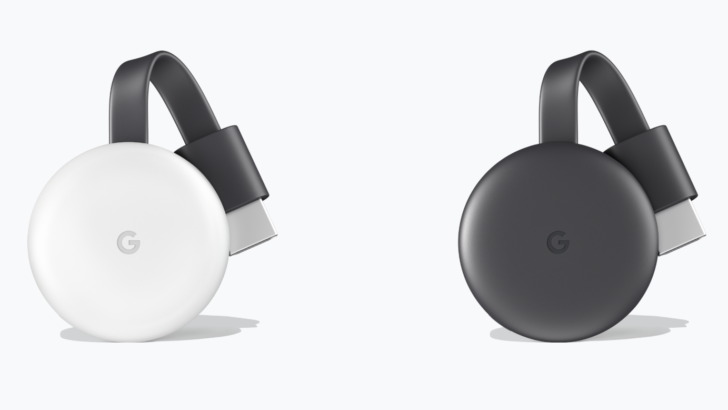 Google went on to release a new hockey puck-shaped model in 2015, which included support for 802.11ac Wi-Fi and 5GHz networks. The company also released the Chromecast Audio at the same time, which turned your existing speakers into Cast devices. The 4K-capable Chromecast Ultra arrived in 2016, and another Chromecast upgrade hit shelves last year.

Of course, there have also been a few missteps along the way. The Chromecast Audio was discontinued earlier this year, leaving no easy way for anyone with existing speaker setups to turn them into Cast speakers (unless you want to pay $50+ on eBay). All Chromecasts were also unavailable from Amazon for years thanks to what our editor David excellently described as a "corporate slap-fight," and the devices' complete reliance on cloud services has led to the occasional outage.

Still, I wouldn't be surprised if the Chromecast series is Google's most successful hardware venture to date. The lightweight OS designed for Chromecasts went on to be used for the Google Home smart speakers, as well as the Nest Hub. The Chromecast protocol, which has since been renamed to 'Cast,' can now be found on hundreds of smart speakers and TVs across the world.

Even though I personally prefer Roku, it's hard to deny the Chromecast has been an incredible success. Happy birthday, little guy.