Based on the details of an FCC exhibits listing, Wyze may soon have a smart bathroom scale to add to its smart home gadget lineup of security cameras, sensors, and lights. The "Wyze Scale" will run off of 4 AAA batteries, connect to the Wyze app over Bluetooth, and measure both weight and body fat percentage. According to a report by Zatz Not Funny!, a Wi-Fi smart plug may also be in the works.

The FCC's exhibits list for the Wyze Scale includes the expected test reports and RF exposure info for a Bluetooth-equipped device, but other information like photos of the product and its full manual are also available and entirely uncensored. These photos may not be the most flattering or highest quality, but they clearly show the top, bottom, and sides of the upcoming scale, which measures 306mm (12") square and 26.6mm (1") thick. 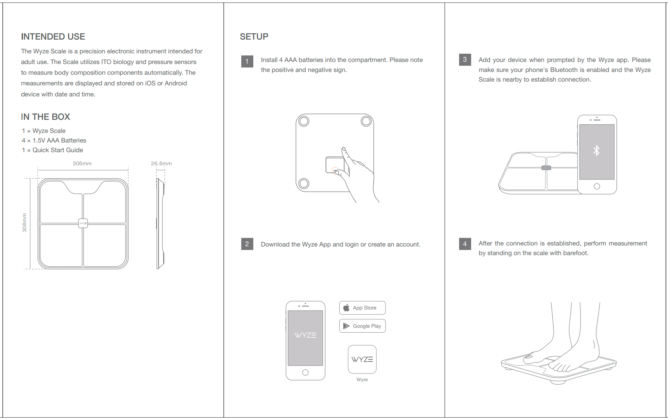 An excerpt from the FCC listing's included manual.

Information that can't be garnered from photos is clearly expressed in the manual (full text in a direct link here) which describes in detail how to set up and use the Wyze Scale. It will connect to your phone and the Wyze App over Bluetooth, measuring your weight and body fat percentage via load sensors/strain gauges and electrical impedance, respectively. 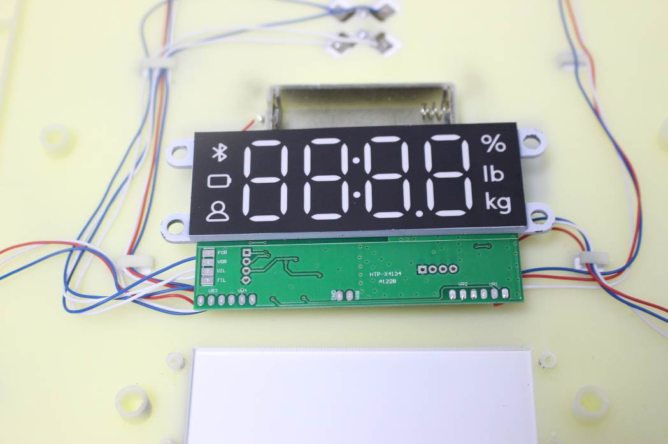 Internal photos show a seven-segment LCD display for displaying that weight and body fat percentage, and the manual claims such measurements are accurate to within 1.1lbs and 1%. Other details, like if it might be able to sync this data with third-party health platforms, is not included. The scale will work with devices running Android 5.0 or iOS 9.0 and later.

It's possible (if not outright likely) that this smart scale is simply a rebadged white-label device akin to its previous security cams. The hardware looks very similar to Xiaomi's Mi Smart Scale, and previous Wyze cams have held similarities to other Xiaomi products.

Unlike the Wyze Scale — which we have plenty of information about, courtesy of the FCC — the Wi-Fi controlled smart plug is more mysterious. All we have is a single report that it's in the works. That could mean it's further out on Wyze's roadmap, we'll just have to wait and see.

Wyze has confirmed that a smart plug is coming in an email to customers (see below). Unfortunately, that's about all it has confirmed. The Wyze Plug will be available for pre-order starting on July 30th in the Wyze app and on the website. There's no image of the plug in the announcement... unless the plug is actually a cartoon hand that comes out of the wall. That's pretty unlikely, though.

Thank you for being an Early Access backer of Wyze!  We're ecstatic that you're part of our journey and while you're here, we'd like to put a plug in ... for our Wyze Plug!

It's mind-blowing what you can do with a tiny Wyze Plug - turn the air purifier on from work so you can arrive at a freshened up home, turn your holiday decorations on from the beach so you can still be the talk of the town when you're away, limit your kids' screen time so they can focus on doing homework.
Amaze all your friends and neighbors as they wonder what kind of wizardry is going on at your house.

Pre-orders begin next Tuesday (7/30) at 9AM Pacific (12PM Eastern) in the Wyze app AND website!

It looks like Home Depot spoiled Wyze's surprise. The smart plug has appeared on the retailer's website early, and it looks like... a plug. You'll apparently get two of them for $20. 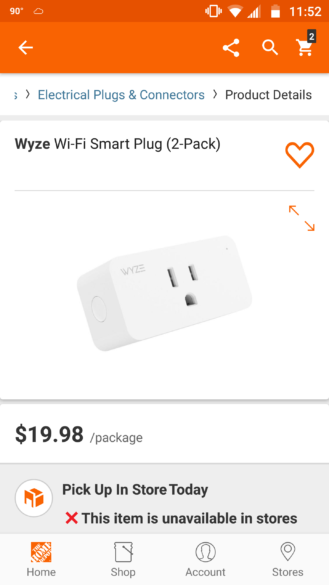