The ultimate and original automation convenience is the universal remote: a simple gadget that replaces all your similar devices, turning elaborate multi-step operations into a one-button convenience. Logitech's Harmony series of remotes and hubs have offered one of the best experiences out there, but at the cost of a complex setup and maintenance process. The new Harmony Express streamlines almost everything about the experience, but I don't think that convenience is worth the sky-high price tag. 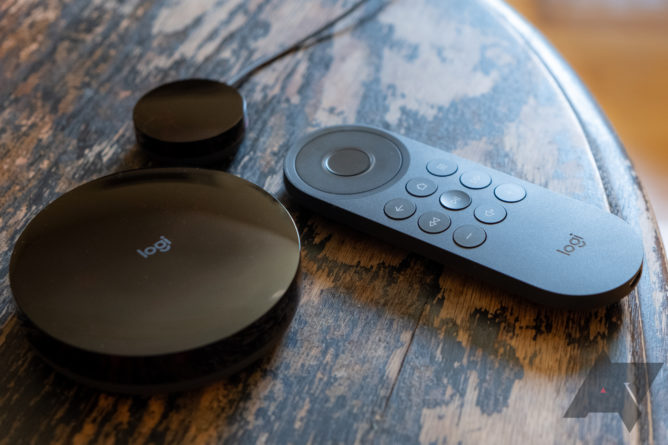 The Harmony Express essentially has three parts: a glossy round plastic hub, a smaller round glossy plastic external IR blaster, and a matte pill-shaped remote (all "black," though the blaster and hub are that IR-transparent dark-red-black you see on remotes). The hub and blaster blend in easily with your home theater setup, and the two devices work in tandem to control all your gadgets from two different angles — ideally getting enough coverage between them to hit every gadget on your shelf. That might take a little bit of reorganizing to ensure they're positioned to be able to control all your stuff, but it shouldn't be too difficult for most. 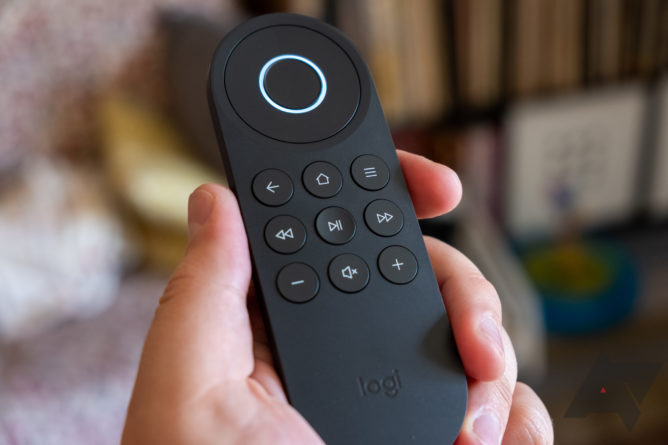 Unlike the older Harmony Hub, which can be used entirely via Alexa/Assistant and your phone, the Harmony Express is all about that remote. It's quite minimal, with ten backlit buttons and a round directional pad. The button in the center is held while speaking to issue commands to Alexa, and the others are labeled with their function in universally understood shapes, grouped in a way that should make their use clear. 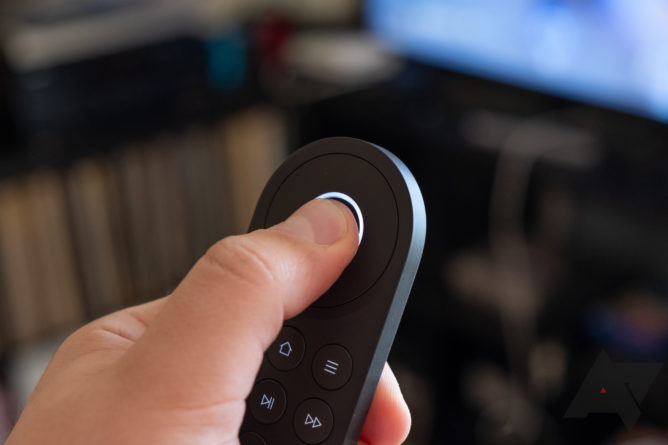 The eagle-eyed may have spotted one glaring omission, though: there's no “power” or "off" button on the remote. Instead, the Harmony Express lets you turn everything off by holding down the mute button, or by using your voice, which is unfortunate. What's the point of having a remote if the most used button on a remote isn't there? In the same vein, there aren't any buttons to start specific activities, it's all meant to be done with your voice. At least if you lose it, the Harmony Express app can also set the remote to make an alert noise via the speaker on the back — the same mechanism that Alexa speaks back to you from.

The remote charges over Micro USB, which pretty frustrating for both the price ($250) and the year (2019), but at least it lasts a while on a charge. Over the course of this review, I was unable to drain the battery to the point that it needed to be recharged. Logitech rates it as lasting one month between charges, and that seems accurate. 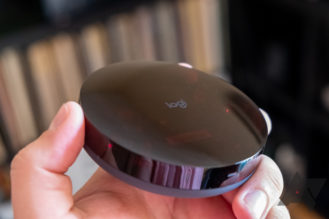 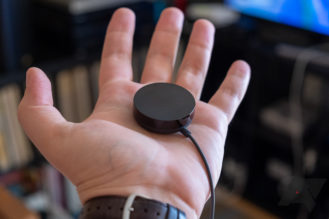 The Harmony Express comes with that remote control, its hub/blaster, the mini IR blaster, a USB power cable, an AC adapter, and the expected manuals and warranty cards — everything you should need to get it working.

The Harmony Express app handles the configuration process, and for 95% of folks, it should be a breeze, taking no more than ten or fifteen minutes to get up and running thanks to an easy question-and-answer format. 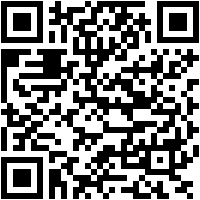 If you're coming from a previous Harmony product, you may be interested to hear that the Harmony Express app asks if you’d like to set up the device as new or merge info over from another Logitech account. While I have used Harmony devices for several years across many iterations of hardware, for the purposes of this review, I set everything up as new, though I did link it to the same account.

That migration from one independent Harmony configuration to another did pose some difficulty. Part of the process, documented in screenshots below, requires that devices all be turned on, so you will need to have both sets of Harmony hardware turned on at the same time or track down all your old remotes. Basically, while the Harmony Express is very easy to get set up and working, you can still make it difficult for yourself if you want to.

Huge image gallery of the complete setup process (which is much easier than it looks).

Although the Harmony Express tried to recognize devices from my network during setup, it only seemed to pick up those on Wi-Fi. Hardwired entertainment devices which were powered on, connected to the network, and which it can control (like my Roku 3) did not appear in the list. Furthermore, if your home theater has things like an older receiver or HDMI switch, you’ll have to add all of those manually anyway. Much of the convenience of Logitech’s revamped setup process is only really felt if you have a simpler home theater and all of your hardware is new and connected via Wi-Fi.

The process is built around answering questions which indirectly provide a diagram of your configuration. Compared to older Harmony workflows, that is quite a bit easier for the less technically inclined, but it can be a point of frustration. If you have a very complicated setup and you aren't very careful about paying attention to precisely how questions are phrased, you might answer incorrectly even if you have a complete vision of how everything connects together in your mind. (For example, if you have one device that switches off of inactive HDMI inputs in your chain, and another that doesn't, be careful how you answer that question when it asks.)

If you do have a crazy home theater with a ton of daisy chained devices, be prepared for some odd behavior, because some answers can’t be easily changed later in the app’s settings. You may have to remove and re-add devices or entirely go through the configuration process again to fix some issues, and you’ll have to answer those questions and sit through expository animations all over again as a result.

My recommendation is to be patient, go slow, and think through every step and question. Thankfully, those few potential issues you can run into during setup are unlikely to be experienced by 99% of customers.

Sadly, if your home theater has some audio-only components, the Harmony Express doesn't play nice, unlike previous Harmony hardware. There aren't even options in the app or setup process to configure audio-only inputs on my receiver, it only recognizes inputs with video as configurable. That means no activities with LP players, CD players, etc.

Logitech’s (presumably partly crowdsourced) library of device information can also be slightly wrong if you have anything that’s a bit niche. The Harmony Express is utterly convinced, for example, that my Monoprice 8-port HDMI switch has more inputs than it does. You also better know all your preferred channels when it comes to OTA TV, if your area is serviced by more than one broadcaster for a specific network and if you want to be able to have queries for networks go straight to the right one.

It could be because the Harmony Express is so new, but I also ran into some issues once setup had concluded. There’s a short bit of “voice coach” training that’s supposed to get you used to using Alexa to turn things on and off or navigate between devices and TV networks, but that entire process just silently failed for me while it was explaining how to change TV stations, and I had to restart the app to get past it.

I did run into a couple of small issues with functionality. Ostensibly I should be able to ask Alexa via the remote to switch to/turn on Netflix and have the app launched from my Roku, but that didn't always work — though I would end up on the right device, it would just spit me to the home screen. It's just a few extra presses, and it didn't bother me much, but I was told it should be able to launch compatible activities directly on compatible hardware.

As you’d probably expect, the Harmony Express’ functionality integrates via your Amazon account with your other Alexa-powered smart gadgets, so you don’t necessarily need to use the remote. Even the standalone Alexa app on Android can issue commands to the Harmony Express.

The Harmony Express app is very stripped down compared to the previous Harmony app. Logitech expects you to use the remote control or voice commands via Alexa. All you can do in the app is locate your remote if you've lost it and edit some configuration settings like which inputs are connected to what, fine-tune specifics like command delays, or configure buttons in specific activities/circumstances (though the defaults are usually fine).

In a minor aside, after using the new Harmony Express app, I'm a little upset that the older standalone Harmony remote control/setup app for devices like the Harmony Hub feels like it hasn’t seen a substantial update in years. The old Harmony app has some of its own problems with things like notification theming on more recent versions of Android and occasional network communication issues.

I spoke to a representative from Logitech during this review on the subject of Assistant integration, and was told it was being considered. Without the Assistant, those of you who have already invested in Google's hardware ecosystem may need to look elsewhere (like the older, cheaper Harmony Hub which does support the Assistant).

Lastly, I'm really glad to see that the Harmony Express works with 5GHz Wi-Fi, which is great in areas with 2.4GHz congestion, like most dense city neighborhoods.

As I see it, the Harmony Express is basically a Harmony Hub with a simpler setup process, no Assistant support, and a voice-controlled remote. It's up to you if that difference merits more than three times the price (at the time of writing). And if you really need a standalone remote separate from an app, the Hub with a remote is only $105, which is still less than half as much. Toss a smart speaker in the living room for voice controls and you're still saving plenty of money. 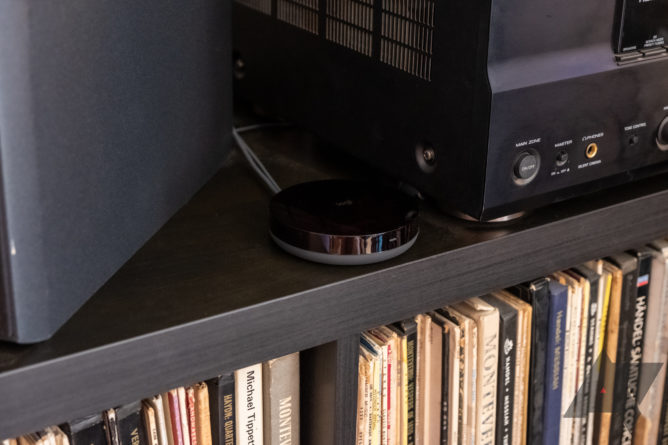 If you have a simple home theater setup, you're already well-integrated into the Alexa ecosystem, price doesn't matter too much, and you really want a very simple standalone voice-controlled remote, then the Harmony Express is absolutely the device for you. That's a lot of caveats and qualifiers, but it may describe you. However, if you have a complicated setup, an Assistant-heavy household, or you think a remote is superfluous in 2019, then the older (and substantially cheaper) Harmony Hub might be more your style. And although the Harmony Express could pick up Assistant integration in the future, I wouldn't buy one now expecting it to happen.

I find it hard to recommend the Harmony Express for $250 given the company's previous products provide almost all of the same experience. The only real disadvantage to going that route is a rougher initial setup process, and I'm not sure the time saved really works out to a $150+ savings.