Google took the wraps off of the Nest Hub Max back in May, but it's been mostly radio silence on the large smart display since then. Today the company revealed via a support page that the Nest Hub Max would be going up for sale on September 9 in the United States, United Kingdom, and Australia, meaning that we still have a 1.5-month wait.

At the unveiling, Google was unclear about a real launch date, only saying that it would be available "this summer." September 9 is just two weeks before summer ends, so it was really cutting it close with that estimate. Regardless, if you've been longing for the 10" Google smart display, it's good to have a concrete date.

On a related note, the regular Nest Hub is now showing availability in Denmark, the Netherlands, Norway, and Sweden, so those of you who live there can finally get one there officially.

Google has removed the reference to the date from its support page, which now merely says "coming soon," but the internet never forgets, and we have a screenshot: 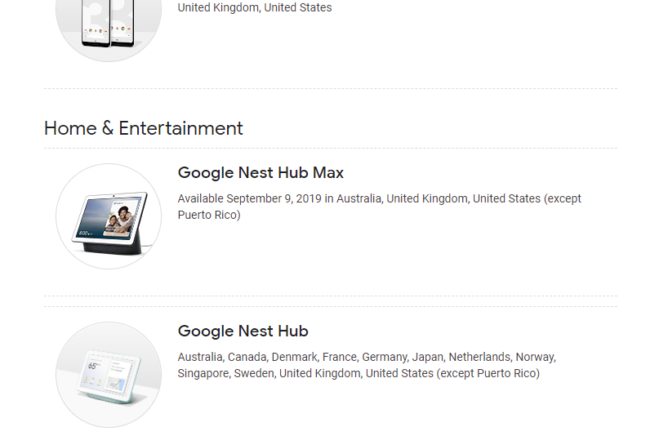