After years of torturing customers with the hopelessly bloated TouchWiz UI, Samsung's software team has drastically improved the user experience on recent flagships. The latest interface is OneUI, and if you want to change the look of it you can do so using themes found in the Galaxy Store. There's little room for self-customization though, which is where a new app called Hex Installer comes in. It allows you to tweak every bit of the UI to your liking, including within some third-party apps, which is very reminiscent of Substratum.

There are no prerequisites like root access or running ADB commands from your computer. Hex Installer takes advantage of Samsung's pre-installed high contrast theme. Once set up, you can use the app to customize many parts of it, like colors and fonts used on homescreen and lockscreen, the notification shade, Quick Settings, and Samsung's first-party apps. After a rather complicated device restart process required to apply your tweaks for the first time, you should be all set (and you won't have to restart your device after every subsequent theme change). 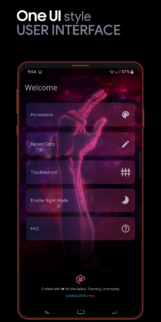 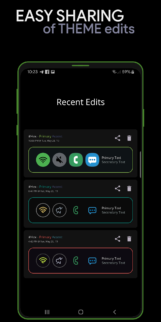 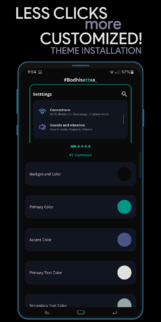 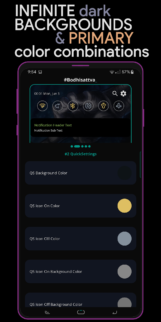 Along with the ability to personalize the system UI and Samsung apps, some third-party applications like Instagram, Gmail, Snapchat, and the Play Store will respect your settings as well, with more planned. Hex Installer even supports varying dark and light modes. You can save your own themes and share them with others, just as you can import and use others' creations.

The app is available as an early preview in the Play Store and costs $0.99 at the moment, down from a regular $1.99. Note that Samsung might not approve of this creative usage of its accessibility theme and could break Hex Installer with a future system update — just like Google unexpectedly killed Substratum in Android Pie — so purchase at your own risk.