Last year, Google announced a series of improvements coming to Fast Pair, a component of Google Play Services that detects nearby Bluetooth devices and pairs them automatically. One of the promised features was the ability to sync connected devices across multiple devices, whether they were Android phones or Chromebooks. At long last, Chrome OS integration appears to finally be going live, at least in the beta channel.

Reddit user spen3000 posted the below screenshot to the Chrome OS subreddit, which shows their JBL Live headphones paired to their Google Pixel appearing on their Pixel Slate. The tablet is running Chrome OS Beta 76, so the feature seems to be limited to the Beta channel for now. 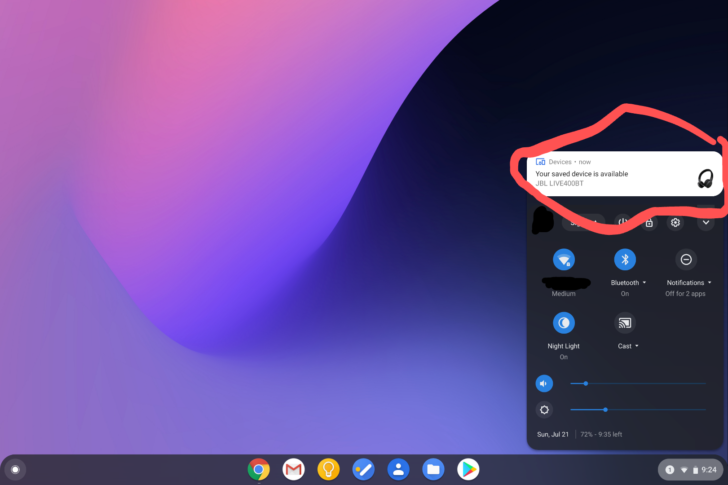 It's great to see Apple-like headphone syncing appear on Chrome OS, but before you get too excited, keep in mind this feature only works with devices certified for Fast Pair. Some of the supported devices include the Jaybird Tarah, Anker SoundCore Flare+, Google's Pixel Buds, and a bunch of JBL Live and LG headphones.

Samsung Galaxy A10e and A20 coming to T-Mobile on July 26, available now from Metro

Chrome might add support for scheduled notifications that even work offline