The setup is fairly simple. You install AirDroid Remote Support on the device you want to remote into (let's say your partner's), then you need AirMirror on your own phone. Once you've set up both apps by allowing them to access a bunch of permissions, you're ready to receive the transmission. Your partner has to send you their connection code, which you can punch into AirMirror by selecting the"Remote Support" option. 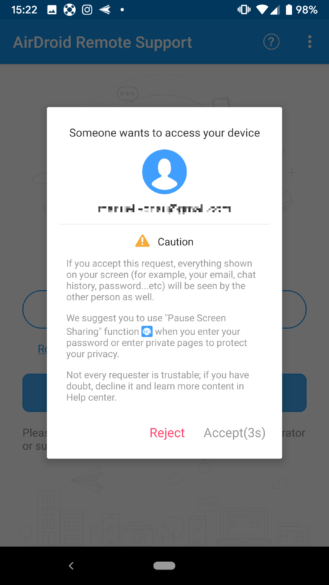 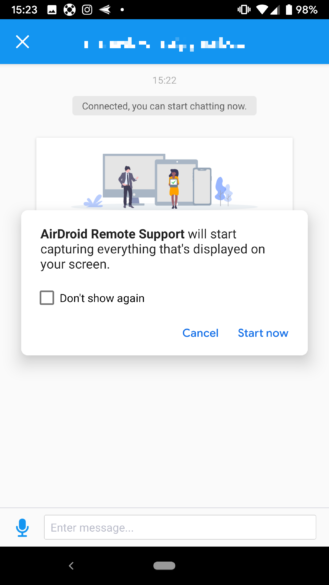 First, your partner has to confirm that they want to connect to you, and then they also have to allow screen recording access to establish the connection.

As an added security measure, the other party still has to confirm they really want to share their screen, and only then is the connection established – your partner also has to enable screen sharing manually. Once you're in, you're presented with a plethora of options that might not be immediately understandable, so let's dive in. 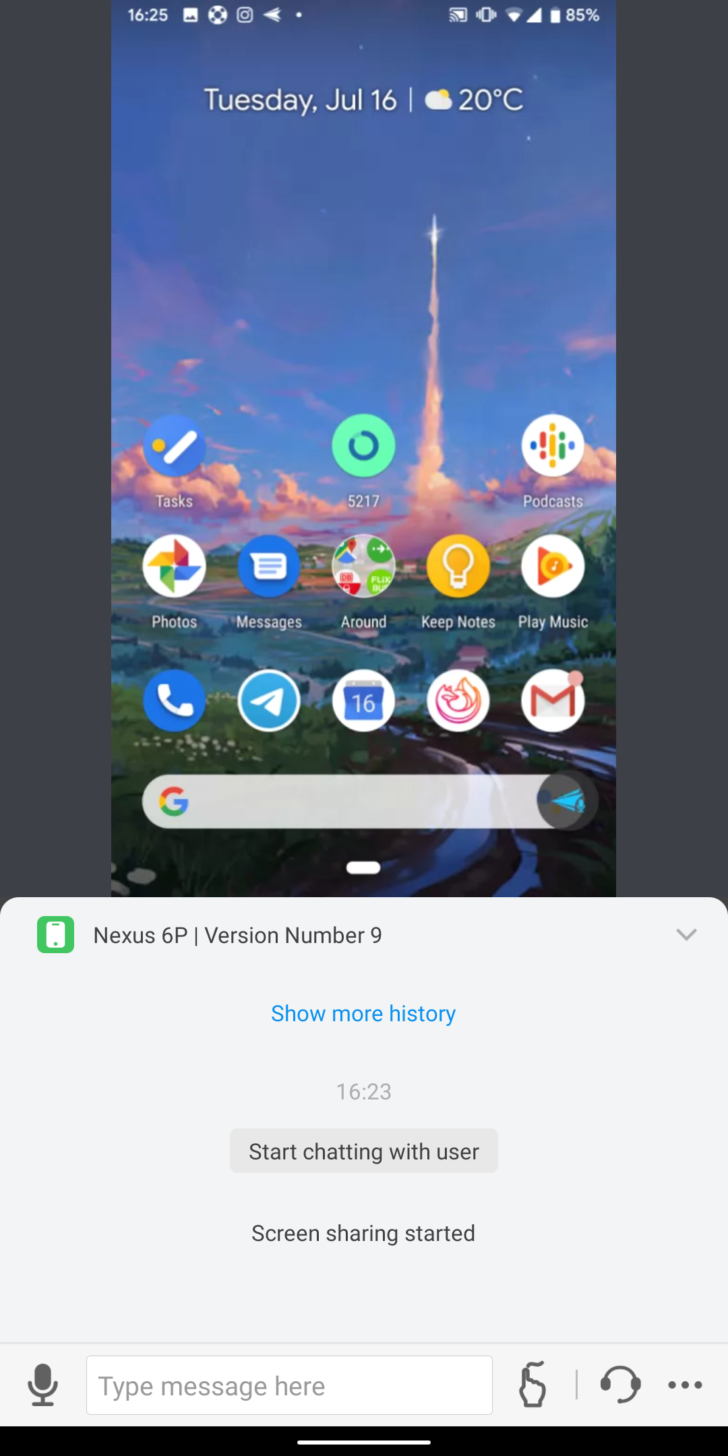 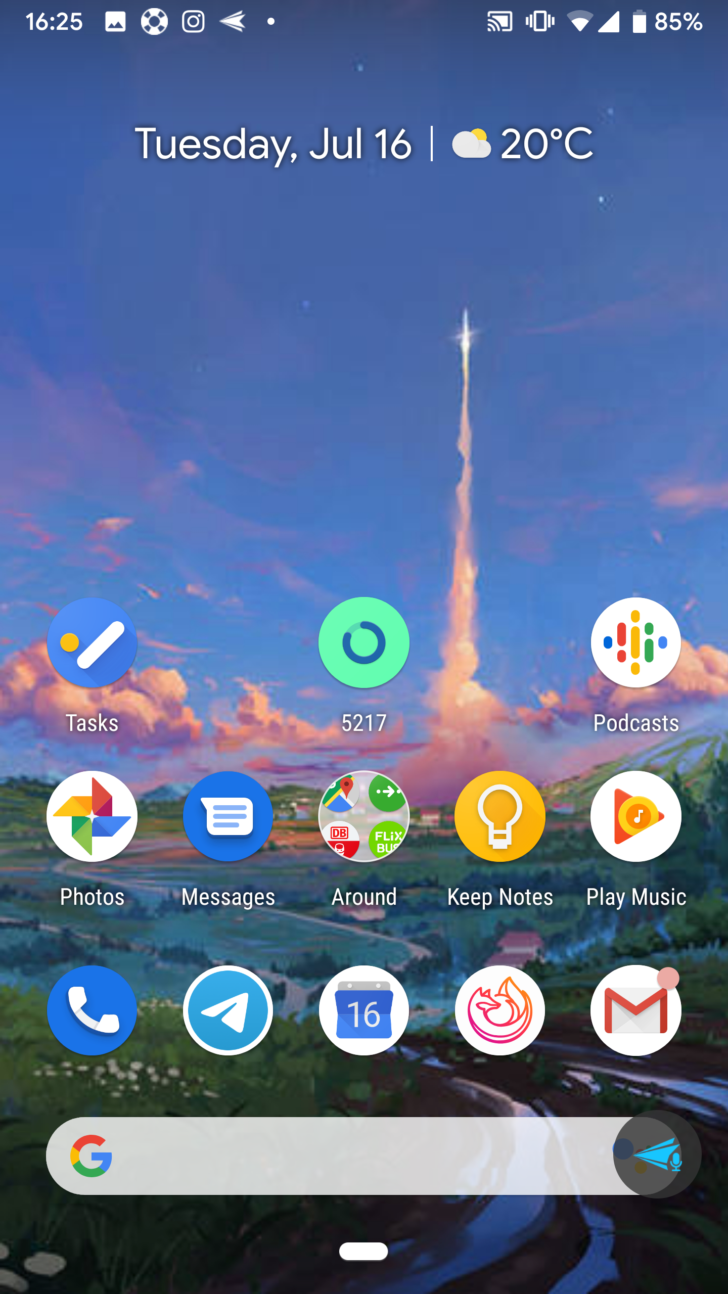 You can now start chatting with your partner, instructing them and telling them where to tap. The microphone button on the left bottom corner of the AirMirror interface lets you send voice messages, too, making communication even more convenient. Alternatively, you can even call them right through the screen mirroring app by tapping the headphone icon on the right. The overflow menu hides screen rotation and disconnection options. The button with the finger icon allows you to suggest gestures and taps on your partner's screen, helping you communicate what they should do.

The other party sees a floating button on the right side of their screen that allows them to send chat and voice messages or initiate calls, along with an option to temporarily stop screen sharing when they need to type in a password or access private information.

While the remote AirMirror app felt kind of clunky to use with its small buttons and might not be the prettiest application out there, it could still establish a good connection and worked as expected. In contrast to TeamViewer and AirDroid's own remote access service, it doesn't require root or explicit support by the smartphone manufacturer, so it's much more accessible to novice users such as elderly relatives. You can simply direct them to AirDroid Remote Support in the Play Store, and then help them locate whatever app "mysteriously disappeared" from their home screen.

While the Remote Support app is free to use, you have to pay for AirMirror after a 24-hour test phase. With the release of this new product, the in-app purchase is currently discounted by 50% to $11.99 per year or $1.99 per month. I think this is a fair price for a solid service, and it could make your life a lot easier if you're often called upon for tech support. The Remote Support app is also available on iOS and works cross-platform, except for one iOS restriction: you can't hint at taps and swipes on iPhones or iPads. 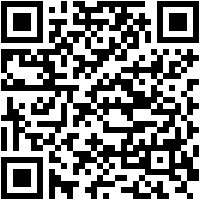 TWRP adds support for the Google Pixel 3a and 3a XL