If you enjoy collecting digital content, then you're going to love Pokémon Masters, but instead of collecting Pokémon, you will have to obtain many different trainers. The trailer above details the fact that trainers will be matched with certain Pokémon types, so if your trainer comes from a grass region on the new Island of Pasio, then they should be paired with a grass type Pokémon. Essentially you'll adventure around this island collecting trainers to form 3-person teams that will battle other teams of trainers in waves, much like you would in MARVEL Strike Force and the endless number of clones already available on the Play Store.

Plenty of fanservice is expected, as you will run into many of the notable trainers from the mainline series, but so far few other details have been provided. We still don't know how the game will be monetized, but if I had to take a guess it seems pretty clear that Pokémon Masters already exudes the majority of hallmarks of a free-to-play mobile game. So far the only date provided for the release is a tentative "summer 2019," and we still don't know exactly how many Pokémon will appear in the title, though it looks like many different generations will be included that span from Red and Blue all the way up to Sun and Moon. 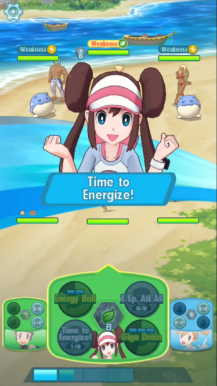 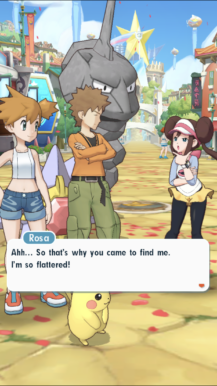 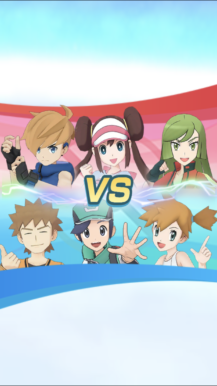 We've known about the existence of Pokémon Masters for a little while now, but it's still nice to have a name to put to the game, along with a better idea of how it will play. While I would have much preferred something a little more original than yet another strategy-based battle game, I have no doubt the majority of Pokémon fans will dive into this release with gusto whenever it lands this summer. Hopefully, DeNA will provide a closer look at the upcoming release before that day arrives so we'll have a better idea of exactly what to expect.

Based on the globally popular Pokémon entertainment franchise, Pokémon Masters is a strategy and battling game for mobile devices that features 3-on-3 battles in real time. In the game, players will embark on an adventure to meet various Trainers and make new friends while progressing through the story, which takes place in a new location in the Pokémon world—the island of Pasio!

In Pokémon Masters, players will form a team of three sync pairs (a sync pair being the combination of a Trainer and their partner Pokémon). This means that players will be in command of three Pokémon and three Trainers at the same time during a battle. Once a player has made friends with other sync pairs, they can recruit those friends to their team and battle to become champion of the prestigious Pokémon Masters League tournament. In addition, each sync pair has a different role, such as strike or support, so it’s important for players to not only evaluate the opponent but also form a team of sync pairs that complement one another.

For the very first time in a Pokémon game, Trainers and their partner Pokémon from every region will come together on Pasio to form sync pairs. Players can team up with duos such as Korrina & Lucario, Brendan & Treecko, Clair & Kingdra, and many more. The gathering of such a diverse group of Trainers will lead to unexpected encounters and the unfolding of a new story.

The 3-on-3, real-time battle mechanic in Pokémon Masters is a novel twist on Pokémon battles. Players will be able to release a barrage of moves while their AI (artificial intelligence) opponent unleashes attacks at the same time. Each move requires a certain amount of the player’s move gauge, which will continuously refill during the course of battle. In addition to standard moves, players can occasionally deploy sync moves—powerful attacks performed by a specific sync pair. The battle is over once a player defeats their AI opponent’s team of sync pairs. Players will need to form their team, ration their move gauge, and strategically deploy the best moves at the most opportune times to ensure victory!

A Selection of Sync Pairs in Pokémon Masters

DeNA (pronounced “D-N-A”) develops and operates a broad range of mobile and online services including games, e-commerce, entertainment, healthcare, automotive and other diversified offerings. Founded in 1999, DeNA is headquartered in Tokyo with over 2,000 employees. DeNA's aim is to delight and impact the world through the use of the internet and AI. DeNA Co., Ltd. is listed on the Tokyo Stock Exchange (2432). For more information, visit: dena.com/intl/.

The Pokémon Company International, a subsidiary of The Pokémon Company in Japan, manages the property outside of Asia and is responsible for brand management, licensing and marketing, the Pokémon Trading Card Game, the animated TV series, home entertainment, and the official Pokémon website. Pokémon was launched in Japan in 1996 and today is one of the most popular children’s entertainment properties in the world. For more information, visit www.pokemon.com.

Now that we know that Pokémon Masters is coming to Android sometime this summer, it makes sense that The Pokémon Company would trickle out new details every so often to keep fans interest in the game. A new trailer just arrived on the official Pokémon Masters website that covers the game's co-op gameplay, along with a few other details. This co-op gameplay allows for three players to team up online to take on AI opponents together through coordinated attacks, and a 3v3 competitive mode is also expected that will see teams facing off against one another. Players will also be able to compete in the Pokémon Masters League tournament where they'll face off against a few familiar faces from the series. So if you're eager to see these new features in action, make sure to watch the trailer above.

July 18, 2019 — Today, DeNA Co., Ltd. and The Pokémon Company revealed more gameplay content and features for Pokémon Masters in a new trailer for Pokémon Masters, a real-time strategy and battling game for compatible Android and iOS devices that is planned to release in Summer 2019.

In the trailer, which can be viewed on The Pokémon Company’s official YouTube channel [https://youtu.be/oIwGe83JUo8], fans can learn more about:

Cooperative Play – Join two players from around the world for three-player co-op against AI opponents. Work together to unleash the unity attack, a special coordinated attack from all three sync pairs (a sync pair is the combination of a Trainer and their partner Pokémon).
3-on-3 Real-Time Battling System – Witness the thrill of the 3-on-3 real-time battling system. The trailer offers a look at Trainers teaming up with their partner Pokémon to unleash powerful sync moves.
Pokémon Masters League – Compete in the Pokémon Masters League tournament, which features 3-on-3 battles that take place only on the artificial island of Pasio. In this tournament, Gym Leaders, Elite Four members, Champions, and all-stars from every region of the Pokémon world have formed sync pair teams. Players will battle these teams all across Pasio to obtain badges and become champion of the Pokémon Masters League.
Sygna Suits (not pictured in trailer) – Special outfits that Trainers can wear into battle. When Trainers wear a Sygna Suit, their partner Pokémon changes to match. For example, when Brock dons his Sygna Suit, he teams up with Tyranitar instead of Onix.