Google currently has two platforms for low-end phones. The company's own solution is Android Go, a watered-down version of Android designed for smartphones with 1GB or less of RAM. At the same time, it has partnered with Kai Technologies to bring Google services to feature phones running the KaiOS operating system. Images have surfaced of a reported Nokia feature phone running a lightweight Android build, but it's more likely that it's a KaiOS phone.

9to5Google published an image today of what appears to be an in-development Nokia phone. The anonymous source claimed it was running some form of Android, and while there is no branding anywhere, it bears a striking resemblance to Nokia's line of candybar feature phones. However, it's far more likely that the phone is actually running an updated version of KaiOS, the feature phone OS that Google has already invested millions of dollars in. 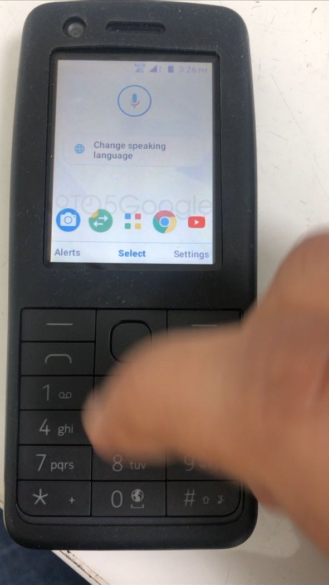 While we only have one image to go on, the home screen is laid out in the same manner as current KaiOS devices — status icons on the top right (in the same order), with toolbar at the bottom containing three labels. One of the labels is named 'Alerts,' which is also what KaiOS calls notifications. A Google Assistant button is also present, which KaiOS already has (usually triggered by holding down the center button).

The presence of Chrome might seem like a smoking gun that the phone is running Android. While KaiOS is currently based on top of Firefox (since it's a fork of Firefox OS), it's possible Google is helping the OS transition to a Chromium base. As 9to5Google pointed out, code commits have revealed that a touchless version of Chrome is in development, and there's no reason why that would be limited to Android. 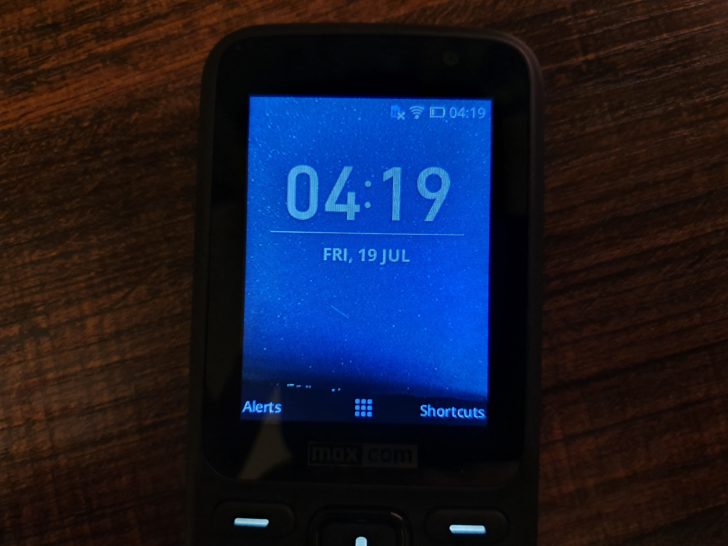 There is a possibility that the leaked phone is running some variation of Android designed for feature phones, and while there is only one image to go on right now, the evidence presented seems a bit slim. Google has already invested millions of dollars into KaiOS, and brought Google Assistant and other applications to the platform — why duplicate all that effort? The similar layout to KaiOS gives more credibility to the idea that this is an upgraded version of that operating system, and Nokia has already built a few phones running KaiOS, like the Nokia 8810 4G.

Regardless of the operating system be used, it's fascinating to see Google investing so heavily into feature phones. If you're interested in KaiOS, check out our hands-on review from earlier this year.

Grab a pair of wireless, noise-canceling Dolby Dimension headphones for $399 ($200 off)