After recent leaks, we knew Xiaomi would soon be introducing its latest Android One phone, and now the Mi A3 has been officially unveiled. Its predecessors were pretty well received, so we have high hopes for this one. For just €250 it offers a 48MP sensor as part of a triple camera setup, an in-screen fingerprint scanner, and a 6-inch AMOLED display (Edit: Sadly it's only HD+, 720x1520 — no wonder they didn't emphasize that in the PR) with a waterdrop notch.

To complement the main camera, there's also a 118-degree ultra wide-angle lens and a depth sensor, 8 and 2MP, respectively. The front camera has a 32MP sensor and tons of AI tricks to make you look probably better than you actually do, if you're into that. Powering all of this is a Qualcomm Snapdragon 665 chip with Adreno 610 GPU. 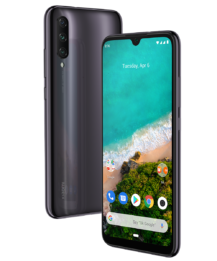 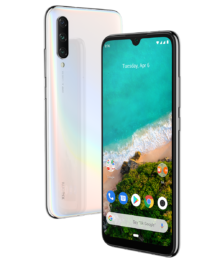 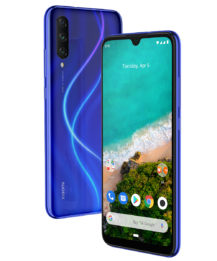 The phone is covered with Gorilla Glass 5 back and front, so you're going to want to put a case on it. Battery life should be terrific if the specs are anything to go by. It's got a 4,030mAh battery and supports 18W fast charging. Thanks to being part of the Android One program, it'll get timely updates and longer software support than many competing handsets — you also don't have to deal with MIUI, which is a real bonus.

Three colors will be available with very Google-esque names: More than White, Kind of Grey, Not just Blue. Sales in Europe start next week, with a 4/64GB variant costing €249 and a 4/128GB model at €279.

The Xperia 1 is Sony's best phone yet, but it struggles to justify the exorbitant price