You may have not heard of CooTek, but you've probably seen some of the company's applications. The publicly-traded Chinese app developer is best known for the TouchPal Keyboard, but has also created countless other applications for Android and iOS. Google has been cracking down on abusive behavior on the Play Store, and it appears CooTek is the latest company to get the boot.

BuzzFeed News reports that over 60 applications developed by CooTek, including the massively-popular TouchPal Keyboard, have been removed from the Play Store. CooTek has also been reportedly banned from Google's advertising platforms.

The adware caused disruptive ads to appear when phones were asleep or locked.

The actions come after security firm Lookout revealed that 238 of the company's published apps (many of which were themes and other similar packages) contained the 'BeiTaAd' adware plugin. The plugin caused disruptive ads to appear when phones were asleep, locked, or otherwise being used while a CooTek app was not opened.

While not as terrible as the adware, many TouchPal keyboard users have complained about excessive advertising over the past few months, even when they had paid for the premium version.

@TouchPal please fix an issue with your app where it keeps logging out & ads start popping up while typing. Even more disappointing having paid for premium features. This issue keeps coming back & has been reported so many times, yet no permanent fix! pic.twitter.com/vxAXOaAJvf

@TouchPal There are ads in TouchPal Pro although I have a premium subscription. What can I do to get rid of them?

@TouchPal Remove all Ads? What do I pay for? pic.twitter.com/4l8S1AymQg

After the report was published, CooTek began updating the affected applications to remove the adware plugin. However, BuzzFeed and Lookout found evidence that 58 of the updated applications still contained the malicious code, which is why Google has taken action now.

In a press release, CooTek said some of its applications had been "temporarily disabled by Google from the Google Play Store," and is working with the company to get them reinstated. CooTek strongly denied any wrongdoing, saying the report by "a certain media outlet" was investigated internally and no evidence was found. 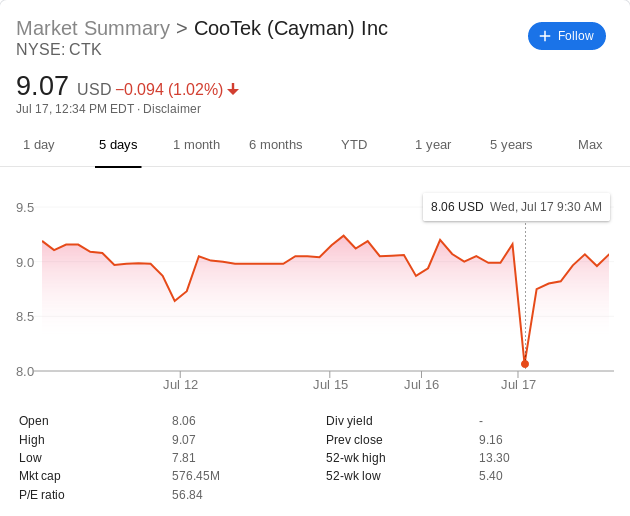 CooTek's stock price dropped from $9.16/share to $8.06/share following the removals, but it has since fully recovered. At the very least, investors seem to think the apps will make a return.

Amazon Echo Connect, which links your landline to your speaker, is down to $20 ($15 off)