The Unicode Consortium codified 230 new symbols — well, 65 new symbols plus many skin tone, color, and gender variants — as part of its Emoji 12.0 update released back in March. But it does takes a good long while for tech companies to draw up and deploy unique designs for concepts such as "pinching hand," "otter," and "razor." Fortunately for people who use Google products, that particular company has published its final drafts to the public in time for World Emoji Day and they're all ready to be officially rolled out for use in Android Q.

Some of the highlights here include the Diya lamp for Diwali, bionic legs, service and guide dogs, and people in wheelchairs and mobility chairs. As Google has previously announced, it has also gone out of its way to design 53 gender-neutral variants of existing emoji. 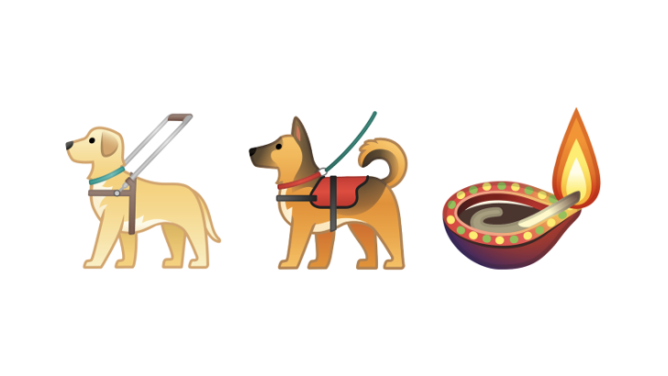 From left to right: emoji for service dog, guide dog, and a Diya lamp

Any phone running a beta program for Android Q, including third-party devices, already has access to the new emoji set. More Android phones that boot with or update to Q will eventually adopt the pictograms as well. Some OEMs like Samsung and LG will take longer to draft their own takes on the Emoji 12.0 symbols for their proprietary keyboards.