Google Chrome has always been pretty customizable through extensions, apps, and of course, themes from the Web Store, which allow you to give your browser a personal look. Now, Google appears to be working on integrating the latter right inside the browser itself, as a new flag surfaced on Chrome Canary that adds a theme picker in the Customize shortcut on the new tab page.

At the moment, there are five color schemes to choose from, with one of them being the standard grey: purple, teal, pretty, and bluish. The interfaces already look and feel quite finished, and the only real eyesore is the omnibar which stays white regardless of theme — pastel colors might be the best approach here. 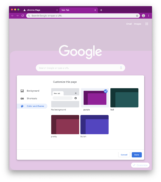 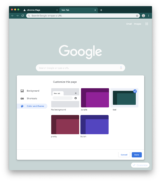 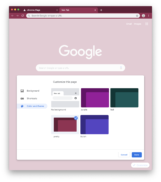 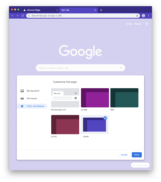 The new colors in all their glory.

For now, this feature only lives in the Canary version of Chrome 77, and even here you have to jump through some hoops to get the themes to show up. You have to activate two flags, which you can access by copy and pasting the following links to your URL bar (internal chrome links can't be clicked for security reasons): chrome://flags/#chrome-colors and chrome://flags/#ntp-customization-menu-v2

Interestingly, the addition of these native color schemes follows the launch of twelve Web Store themes from the Chrome team itself, which look pretty similar to the ones featured here — they, too, color the whole new tab page and many of them sprout only one color in different shades. It remains to be seen where this Google experiment leads, but I wouldn't be surprised if it is the first evidence of native theme management right inside the browser. Currently, you can only install one theme at a time, and there's no way to save a bunch of favorites to your browser.

Another addition that surfaces through the ntp-customization-menu-v2 flag is the option to customize shortcuts far more granularly than before. In the new submenu, you can choose whether you want Chrome to show your self-curated shortcuts or the good old most visited sites. A checkmark even allows you to hide the thumbnails altogether. Thus far, though, none of these options appear to be live as nothing changes regardless of which you click. 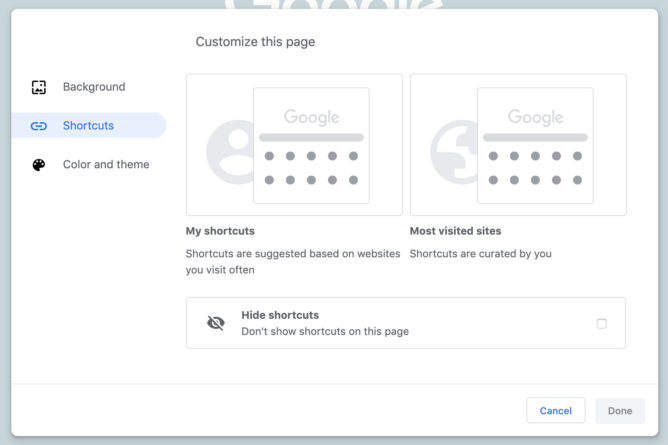 Note how the descriptions for "my shortcuts" and "most visited sites" are switched out – it's definitely not production-ready.

All in all, I like where these additions and tweaks are going. Chrome has always been missing a native theme manager, so it's nice to see some work towards it. Personally, I'm looking forward to the option to hide shortcuts as I don't use them anyway.

An update to Chrome Canary increases the number of built-in themes to a total of 20 and tweaks the interface a bit. The previous version showed a little preview of how exactly windows would look like with each design, while now Chrome just shows the two primary colors of each theme, allowing it to pack more options in one row. Chrome Story also reports that this interface might replace the themes section of the Web Store, leaving only one central place to change your browser's looks. 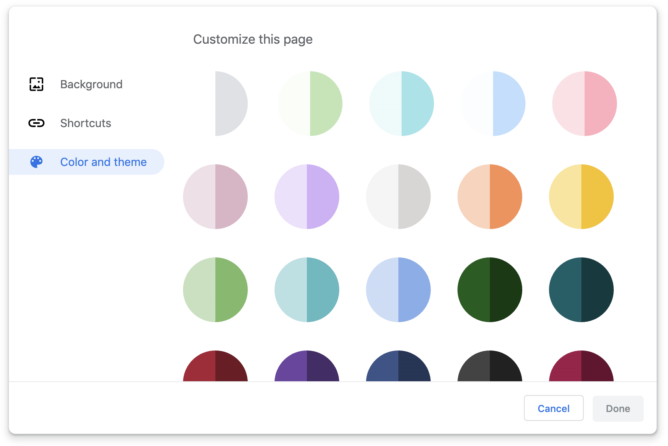 The update also fixes the wrongly labeled shortcuts options, now correctly describing "My shortcuts" as "Shortcuts are curated by you" and "Most visited sites" as shortcuts suggested based on browsing behavior. Switching between these options finally works as intended, too — before, clicking either option didn't do anything. 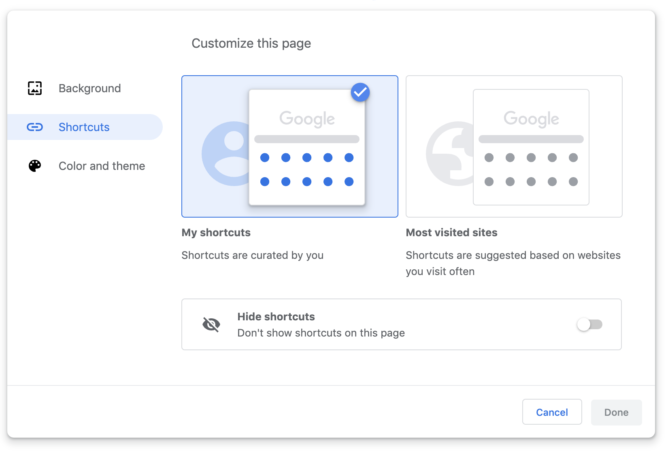