This came out of nowhere, but apparently, Electronic Arts is testing an open pre-alpha build for Plants vs. Zombies 3 on Android. If you'd like to get in, simply navigate to the new Play Store listing and then install the game. At first, I had trouble getting past the splash screen, but eventually, I was able to jump into the title's first stage. So if you'd like to check out what EA has up its sleeve for the next iteration of Plants vs. Zombies, now's your chance.

As I mentioned in the title, access to the pre-alpha for Plants vs. Zombies 3 is limited, so if you'd like to get in, make sure to install the game right away, because there's no telling how many spots are currently open. I also have no idea in which regions this alpha is available, though it would appear the US is included.

Sadly details surrounding the game are pretty light, and all we currently have to go on is the information offered on the Play Store description. EA notes that this temporary release isn't finished and so it's not representative of the final product. The primary purpose of the pre-alpha is to get feedback from the playerbase about the game's combat features.

From the little that I've played, it would appear that Plants vs. Zombies 3 largely resembles the first two offerings in the mobile series. You play in portrait view while dragging and dropping different plants to protect your home from an onslaught of zombies, much like any tower defense game. There appears to be a new upgrade feature for these plants that has something to do with tacos, but I can't really say it's all that interesting. 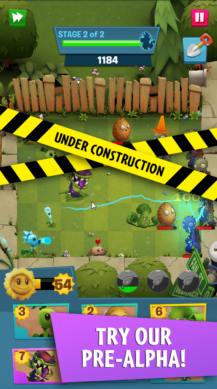 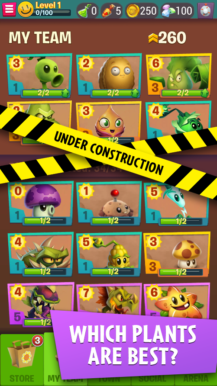 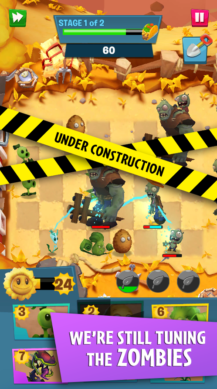 I suppose it isn't that surprising to find out that EA is working on Plants vs. Zombies 3, though I can't say I'm excited by the news. At this point, it's already clear that the game will land as a free-to-play release with in-app purchases that range up to $99.99 per item in tow. While I'm sure EA will stuff in as many addictive mechanics as it can to keep players interested, for me, it's just more of the same junk I've been playing for ages, and I'm pretty much over it. Blink XT-2 smart camera bundles are up to 44% off on sale, offer subscription-free cloud storage