When Google first announced its Smart Display platform, one of the focal points was the kitchen. The Google Assistant would be able to find you recipes, put items into a shopping list, convert units, set timers, and answer simple cooking questions to keep your hands free for the actual task of preparing and cooking a meal. At least, that was the experience in theory. In practice, I've found my smart display to be little more than a glorified timer and music streaming box, with my smartphone continuing to be the invaluable research and display tool I rely on when cooking from a recipe or learning a technique for the first time.

No, "any old recipe" will not do

The first fundamental flaw of using a smart display as a recipe canvas is that the display can only access a limited subset of recipes available online. These recipes must either have schema formatting that Google recognizes in its search platform and then displays in a cookie cutter style on the display, or algorithmically be flagged as a recipe and render as a desktop web page (often in barely readable, tiny font). For now, only the largest recipe repositories online use the dedicated markup formatting, and mostly because they received early access to this tool from Google. Ordinary sites are able to do it as well, but many simply haven't - and some websites have such heavily customized recipe formatting that Google's one-size-fits-all approach simply wouldn't make sense for them.

This means that when you search for a recipe, you're only getting a curated selection of the total search results for that recipe on the web. And oftentimes, I dig through a half dozen or more recipes before deciding on the one that sounds best or provides the most information on the processes and techniques involved. Searching "red pepper soup" on a smart display will yield results, but it won't yield the one I settled on after doing a search on my phone last week, because apparently Google doesn't think that page contains a recipe.

A smart display with dumb limits

When I do find a recipe I want, I should be able to just push that recipe from my laptop, phone, or tablet to the smart display - at the very least it could give me a web browser view. But it can't. There is no way to push web content to the smart display, it can only show you pages in the results of a voice search query. This, frankly, makes no sense: the screen is clearly capable of and does display web pages, it just won't let you display any page you want. (For what it's worth, Amazon's Echo displays do have a web browser that can display any page.) 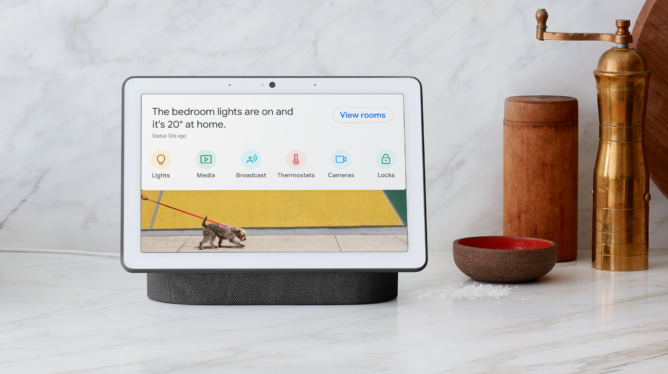 The Nest Hub Max will be the most powerful smart display yet - but it will still have all of the platform's limitations.

And even if my smart display was able to show me any web page so that I could use it as a recipe guide, it probably would frustrate me to no end by constantly falling asleep or simply returning to the homescreen for no apparent reason. The inability of my smart display to just keep the damn content on the screen when I'm not constantly interacting with it is maddening. If I have a recipe open that's going to take two hours to prepare and the smart display pushes it out of memory after 45 minutes, that's an absolutely terrible experience. If the screen falls asleep after 20 minutes and I can't see my recipe and I don't want to touch the screen because my hands are covered in food, that's also an absolutely terrible experience. And yet, they're experiences I've consistently had.

Managing timers on a smart display is a basic task, one that any tool of this kind should excel at. And yet! My smart display will fail to add time to timers, push the timer off the screen for no apparent reason (requiring me to ask it to show it again), and consistently fails at the incredibly common cancel-and-set-a-new-timer flow. For example, if I have a timer with 3 minutes remaining and want to cancel it because I'm moving on to a new step, I'll often tell the Assistant to cancel my timer and a set a new one for a different amount of time. More than half the time, the Assistant just totally fails to cancel the first timer! Why? How can this basic behavior be so, so difficult to get right?

The ability to just yell "STOP" at the thing when a timer does go off has been a huge improvement compared to having to hotword a command previously, and has now made my smart display my timer of choice in the kitchen. Being totally hands-free is a real advantage. But no other kitchen timer will just decide not to show you your timers anymore - it is a fundamental feature of being a kitchen timer, and it's one smart displays seem mind-bogglingly inept at.

Increasingly, I have found my myself pondering the possibility of just keeping the Google Pixel Slate in my kitchen, permanently plugged in. You can access recently open pages easily in Chrome OS as a native function, and its larger, brighter touchscreen is perfectly sized for a recipe book holder. Sure, it's not ideal to get an expensive tablet covered in sink and soap splatter, but its keyboard case would keep it perfectly safe. It'd also be portable - something that has always made tablets popular as runabout devices in the kitchen. 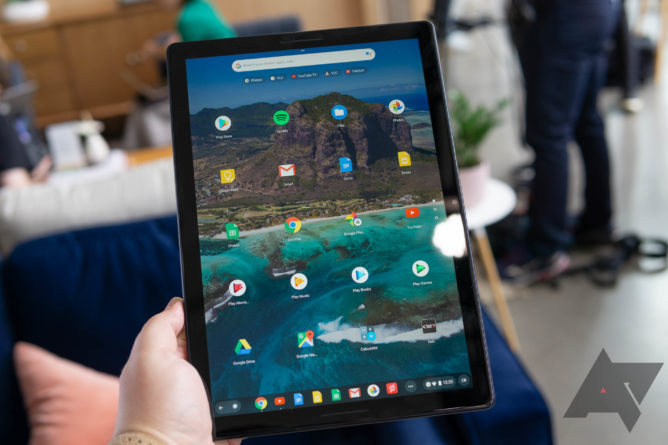 I hardly love the Pixel Slate, but it's a hell of a lot better as a recipe explorer than a smart display.

While the smart display will remain my go-to device for timers, music, and podcast streaming while I'm cooking something up, I just don't see it being a seriously useful kitchen tool the way it currently behaves. With a bit more smarts and more control, I think the smart display could be a great kitchen companion (though Ryne does disagree with me and thinks they're great as is). As things currently stand, it sadly feels like many generation one Google products: fine for the demo-friendly use cases Google bakes into the platform, but fairly useless when you start to really ask more out of it.

Blink XT-2 smart camera bundles are up to 44% off on sale, offer subscription-free cloud storage The best Prime Day deals on tech under $20