We're in day two of Prime "Day" and the deals keep coming — here's a particularly interesting one on a mesh router. Netgear's Orbi line of Wi-Fi routers are known for their reliability and range and are arguably the best mesh Wi-Fi system on the market. Two variants, RKB23 and RKB33, are on sale right now for under $200, with the price dropping another $10 if you use today's “Buy More, Get More” promotion.

The Orbi RKB33 consists of one router and two Satellite Extenders, which can be directly plugged into wall sockets. Rated for a coverage area of 5000 square feet, this AC2200 (meaning 802.11 AC with 2.2Gbps of bandwidth) router can also connect up to four wired devices to your network via Ethernet ports in the main router. This router, dubbed the "Wall-Plug Performance Wi-Fi", is currently on sale for $195. 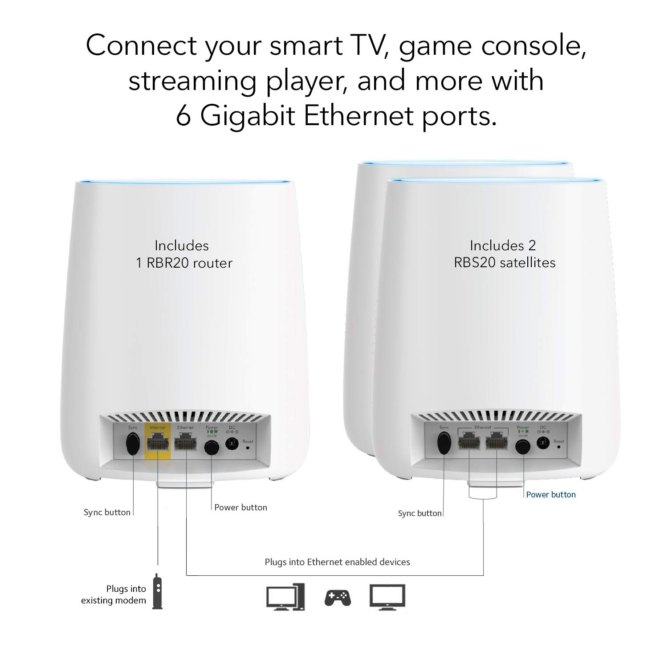 If you need a bit more range, or need Ethernet ports on your extenders too, the RKB23 may be more up your alley. On sale for $200, this router is rated for 6000 square feet. It comes with two satellites, each having two ethernet ports of their own.

Both Orbi models blanket your home in a 400Mbps 2.4GHz and 866Mbps 5GHz network, with a dedicated 866Mbps backhaul to keep things stable. They can be easily set up with the Orbi smartphone app, and pairing the master to the satellites is an easy process.