I’ll just come right out and say it: gaming phones are a gimmick. You can get 99% of the same gaming experience using a flagship without sacrificing other core functionality like camera performance. And don’t get me wrong—shoulder buttons, blinking lights, and other gaming-specific features are certainly nice to have, but hardcore gaming on phones isn’t a big enough market (at least yet). In reality, too few mobile games are designed to take full advantage of extra controls or 90Hz displays.

Before you reach for your pitchforks, though, there’s one area where gaming phones have been leading the pack lately, and that’s value—at least on paper. Nubia’s Red Magic 3 is a perfect example of this, boasting a Qualcomm Snapdragon 855, Sony IMX 586 48MP camera, 90Hz FHD+ AMOLED display, 5000mAh battery, and stock Android for just $479. While it’s not the only sub-$500 spec monster on the block (I’m looking at you, Asus ZenFone 6 and Redmi K20 Pro), it’s the only one with a 90Hz display, and the only one officially available for sale in the US (at the time of writing).

This had me thinking. At its core, isn’t the Red Magic 3 to the OnePlus 7 Pro what the 7 Pro is to the Galaxy S10+? Isn’t this handset (which happens to be gaming phone) undercutting the competition by removing some features while retaining most key features? In other words, forget gaming: What’s the Red Magic 3 like to live with day-to-day? How does it fare as a modern “affordable flagship”? 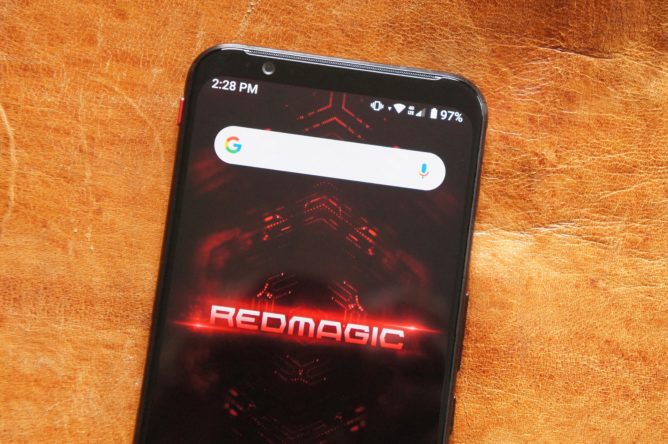 This isn’t a proper review; I’m not going to run tests or benchmarks. I just want to share my experience using the Red Magic 3 like a normal phone, tell you what’s hot and what’s not. Design-wise, this handset is big—slightly-wider-but-a-half-inch-taller-than-a-OnePlus-7-Pro big. It’s also ugly. Yes, this is subjective, but why do gaming phones (and laptops) have to look so tough yet feel so cheap? I’m not knocking build quality or materials here (it’s a solid slab of glass and aluminum), just panning the aesthetics. Oh, and the Red Magic 3 has a built-in fan for cooling, complete with intake and exhaust vents, so it’s definitely not water resistant.

The Red Magic 3’s massive 6.65-inch 1080p 19.5:9 AMOLED display is lovely, and the entire UI runs at a deliciously smooth 90Hz. Ironically, most mobile games today don’t support refresh rates higher than 60Hz, so there’s that. My only gripe with the screen are the excessively rounded corners, which actually cut off UI elements in some apps, and the inability to change the refresh rate in the settings. On the audio front, the Red Magic 3 features a bonafide headphone jack (yay!) and front-facing stereo speakers. Before you get too excited, though, I regret to inform you that they don't sound all that great.

Cameras on gaming phones always seem like an afterthought—with poor results to match. The Red Magic 3 bucks this trend with a single rear 48MP f/1.7 shooter that takes surprisingly decent photos. It’s no Pixel, but Sony’s IMX 586 sensor (also found on the OnePlus 7 Pro, ZenFone 6, and others) continues to impress, despite lacking OIS in this application and being hindered by a lackluster camera app. Of course, some of this can be fixed by porting Google’s camera app to the Red Magic 3, and preliminary versions show promise. This phone also supports 8k video recording, albeit at only 15fps, making it nothing more than a neat party trick.

Out front, the 16MP f/2.0 selfie camera is OK too, as long as you remember to disable the automatic beauty mode each time you use the app. Overall, this Red Magic 3's only real camera limitations are the lack of advanced night mode (aka. Night Sight) and portrait mode (which can be fixed by installing a third party app like S Pro Camera). 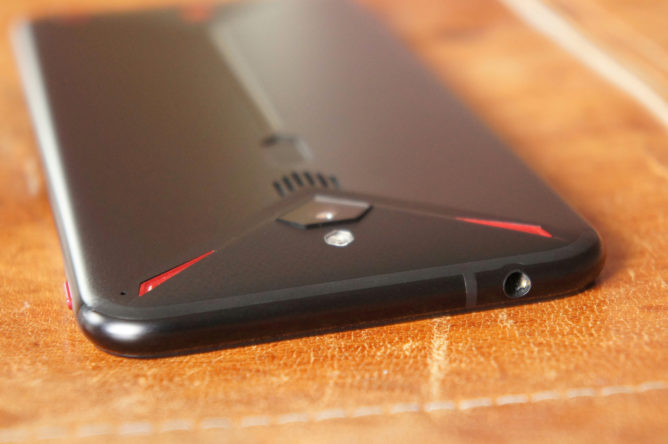 If you’ve been salivating over the Red Magic 3’s specs, it’s the Snapdragon 855, 90Hz display, and 5000mAh battery that got your attention. 8GB of RAM and 128GB of UFS 2.1 storage help here, too. Obviously, performance is where this phone really shines, and as you’d expect, everything is slick as a whistle. Think OnePlus 7 Pro levels of smoothness, but with less refined animations. The multi-day battery life is just the icing on the cake. I’m easily getting two days of serious use on a charge, and the Red Magic 3 supports Quick Charge 4.0 and USB-PD charging up to 27W, so it’s a breeze to top up.

On the downside, there’s no wireless charging or expandable storage, and more importantly, no NFC. That last omission is a major pain point for me, since I use Google Pay everywhere all the time. Gaming phones do have some surprising upsides, though. In addition to the standard notification LED in front, the eye-roll worthy LED strip on the back of the Red Magic 3 can be programmed to show notifications. Also, while the rear-mounted capacitive fingerprint sensor isn’t fancy, it’s fast and reliable.

Unlike many Chinese handsets, the Red Magic 3 runs an almost stock build of Android 9 (Pie). As a bonus, there’s no pre-installed bloatware, making this a great user experience. The default launcher doesn’t support Google Discover, but this is easily fixed by installing a third party launcher like Nova along with the Google Companion app. For me, the only obvious question mark is Nubia’s commitment to software and security updates for this phone. Only time will tell, so stay tuned. 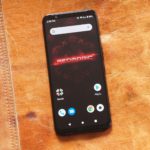 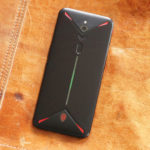 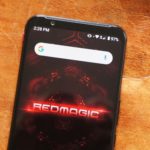 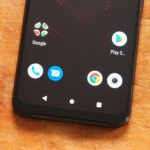 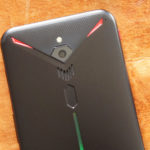 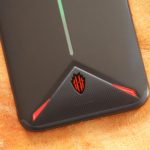 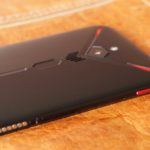 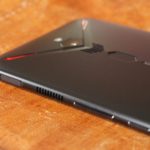 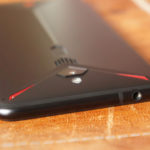 Honestly, I was pleasantly surprised by the Red Magic 3. It offers a really solid “affordable flagship” experience and is easy to live with day-to-day, even if you don’t care about gaming. The massive size and lack of NFC are my only serious gripes. Yes, I’d like to see better camera software, but that’s not a dealbreaker since it could be remedied with a software update or third party app. Gaming or not, the $479 Red Magic 3 might just be one of the best phone values around today—at least until the ZenFone 6 officially goes on sale in the US.