Even if you're not a Prime customer, there are still some good deals to be found on Prime Day. Roku is discounting a bunch of products starting today, most notably its 4k Ultra box and Streaming Stick+, lowering the prices to $69.99 ($30 off) and $49.99 ($10 off) respectively in multiple shops, including its own online store. 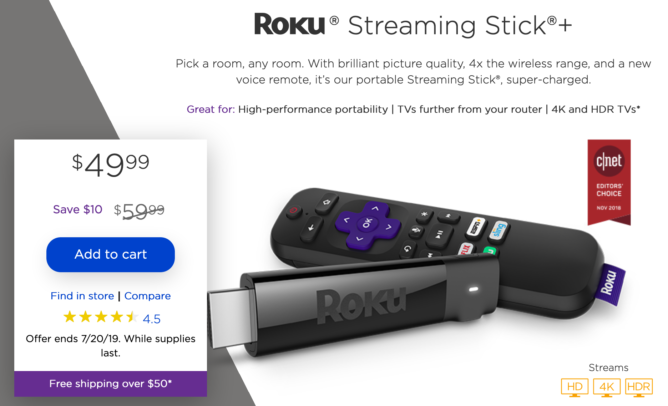 It's worth mentioning that the Streaming Stick+ has been available for just $35 before on Amazon, but that doesn't diminish today's offer too much — it's still the lowest price for the device at this moment. We reviewed the Stick+ back in 2017 and called it a worthy competitor to the Chromecast, adding a dedicated browsing interface and remote to your TV at a low cost. 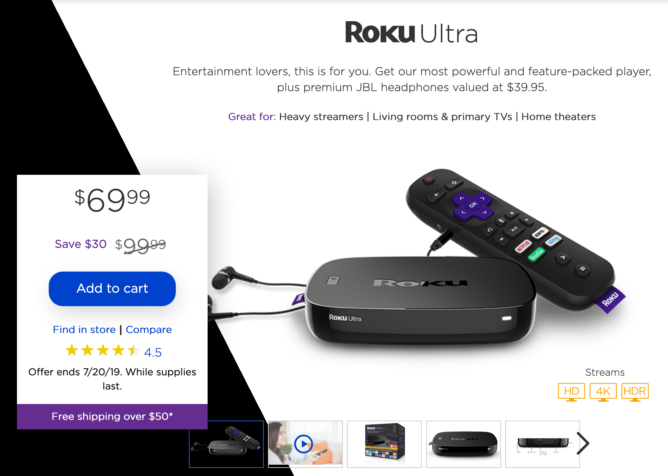 The Roku Ultra's main advantage is the headphone jack in the remote, allowing you to listen privately and without disrupting members of your household. It also sports Ethernet, USB, and microSD ports, making it a more versatile media machine than the stick. It has been available for $50 previously, but if you're in the market for a streaming device right now, the current $70 tag is still saving you $30 off the $100 it usually costs.

Both products can handle 4K content (should your TV be able to output that), Google Assistant and Alexa support, plus a broad selection of streaming services (including, but not limited to, Netflix, Prime Video, Hulu, and YouTube). The offer ends July 20, provided that supply lasts until then. Check out the company's other hardware offers, too — you can save up to $50.

Qualcomm is building an overclocked version of the Snapdragon 855