Before there was Harry Potter: Wizards Unite, before there was Pokémon Go, before there was Ingress... there was Field Trip. The first application published by Niantic Labs initially went live in September 2012, back when Niantic was still part of Google. Field Trip was removed from the Play Store earlier this year, but the app will stop working entirely soon.

"Today, we are announcing that Field Trip will be shutting down service later this year," Niantic wrote in a blog post. "In many ways, Field Trip was the earliest manifestation of our mission: explore the world, make new friends, and get out and exercise."

If you were still using the app, Niantic hinted that a new version could arrive in the future. "We need to prioritize our work so that we can focus on amazing real-world AR experiences that serve the many millions of players around the world. This could include a reimagined version of Field Trip down the line." 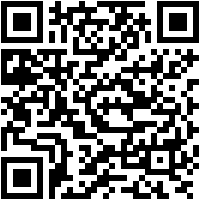 20 new and notable Android apps from the last two weeks including Shoelace, 321FIT, and ruff ...