Late last year, Google launched a blog management tool named 'Blog Compass.' It could connect to sites running either WordPress or Blogger, and provided the owner with insights into trending topics and a centralized dashboard for analytics/comments. However, it's time to dig another grave in the Google Graveyard, because Compass is now dead.

While Blog Compass is still available from the Play Store, opening it now only displays a goodbye message. "After several months, we have decided to turn down the Blog Compass app. If you want to continue managing your blog, check out the Blogger or Site Kit by Google for WordPress." 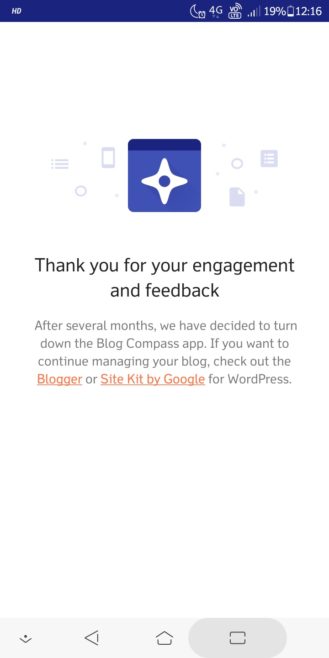 According to user reviews, the app was already having issues as early as October. Many people were unable to sign in with a Google account, and the last report was as late as last month. According to the Play Store, Blog Compass achieved somewhere between 10,000 and 50,000 installs. 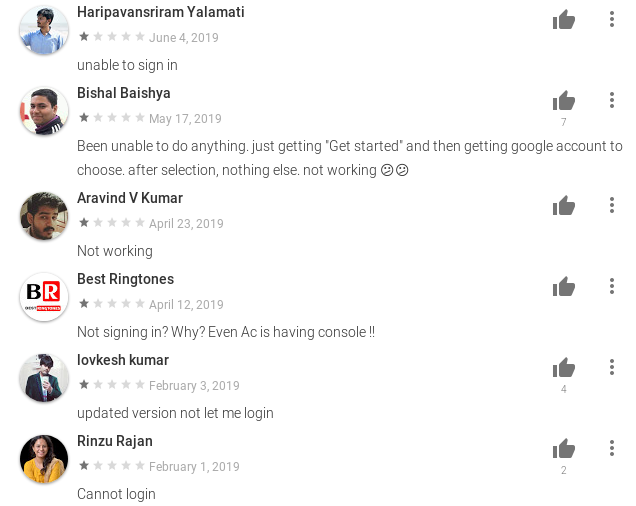 There's no telling why Google decided to shut down Compass, but it seems like the app hardly had a chance to succeed — it was limited to India for its entire life. The app for Google's own Blogger platform hasn't been updated since 2016, so it probably shouldn't be surprising that the company doesn't have an interest in blogging. Weekend poll: What's your favorite navigation system? Gestures, buttons, or something else?