As with most apps that reach this many installations, the count isn't made up entirely of downloads from the Play Store. Microsoft has agreements with Samsung and other manufacturers to pre-install Word (and several other apps) on phones and tablets, so there's a good chance many of those billion installations come from devices where the app has never been opened. 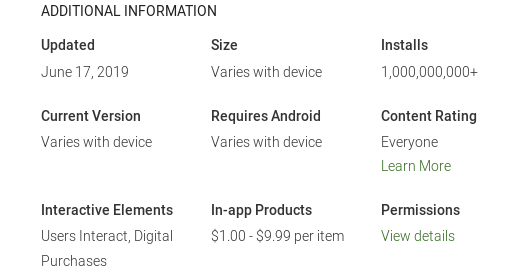 Still, this is an important milestone for Microsoft, as Word has become the company's first Android app to reach that many installs. Personally, I still prefer Word XP.