When the AMD Link app launched way back in 2017, it was a pretty limited experience, merely allowing you to monitor your PC's resource utilization and other statistics remotely. Once it picked up the ability to stream games, à la Nvidia GameStream, Moonlight or Steam Link, AMD GPU owners started getting antsy for a way to bring the experience onto their TVs. Luckily for them, the AMD Link app has come to both Android TV and Apple TV.

This new platform support appears to have arrived within the last couple of days without fanfare or announcement. AMD silently updated its AMD Link page to mention Android TV and Apple TV within the last week according to the internet archive, paired with a similar update to the text of its Play Store app listing. A new Android TV-specific version of the Android app was also spotted over at our sister site APK Mirror, and a recent update to the Radeon Adrenalin software mentions new support for connections to Apple TV and Android TV devices.

The app listing states there are three main sections when used from a TV:

• Connect section: connect to your PC quickly and easily to get AMD Link for your Smart TV started
• Gaming section: Launch your PC games and stream them to your Smart TV, or view recent media
• Media section: playback gameplay moments saved on your PC 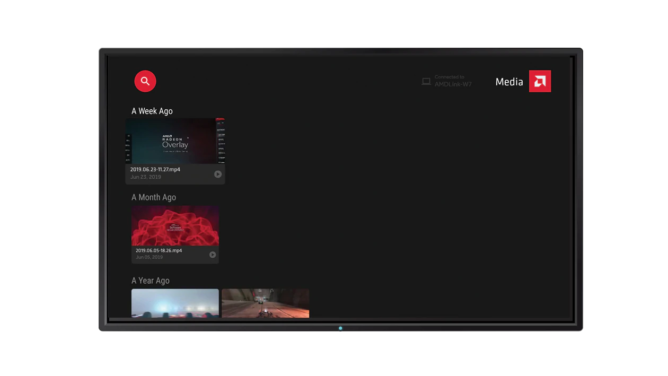 While we can't give it a try for ourselves (none of us at AP has an AMD GPU) we were able to install the app onto an Android TV device, and it appears to work — or, at least, the app is genuinely compatible with the platform.

Interested AMD GPU owners with Android or Apple TV devices can pull down the AMD Link app over on the Play Store and Apple App Store and enjoy some big screen living room streaming for themselves. If Android TV users run into any issues (Android TV app listings can have odd device compatibility), the Android TV version is also available over on APK Mirror.