Until Android Q Beta 3, the Pixel Launcher's Home settings had a Suggestions menu that let you turn on or off recommended apps (i.e. the row of five apps you see in the screenshot above) and Actions (i.e. the two larger buttons for opening a specific contact in messaging apps or driving to a location in Maps for example). However, even though the latter has always been enabled on my Pixel 2 XL, they completely disappeared a few months ago. 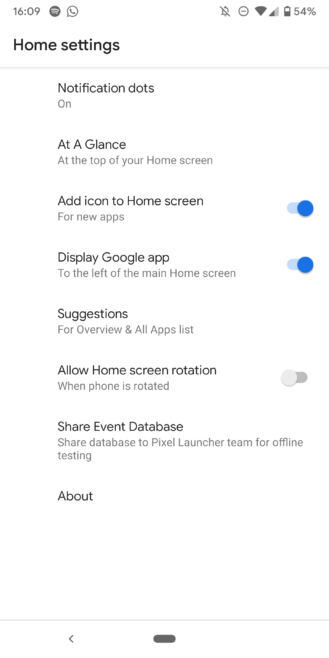 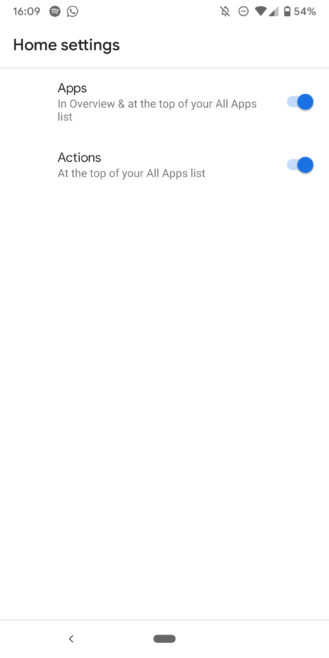 Suggestions settings in the Pixel Launcher on Android Q Beta 3.

With Q Beta 4, the entire Suggestions menu is gone, as spotted by 9to5Google. The result is that you can't change those settings anymore. Since App Actions had disappeared a while back, that doesn't affect them, but it does mean that regular app suggestions are stuck in an on mode and they'll show up at the top of the app drawer as well as in the Overview screen. If you preferred to disable those, get ready to start liking them.

Update: It appears that if you had app suggestions disabled in Q Beta 3, the setting carries through to Beta 4, so you won't see the row of apps. Thanks, Douglas Hunley! 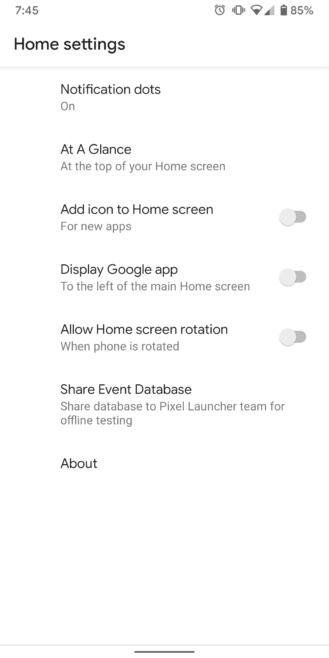 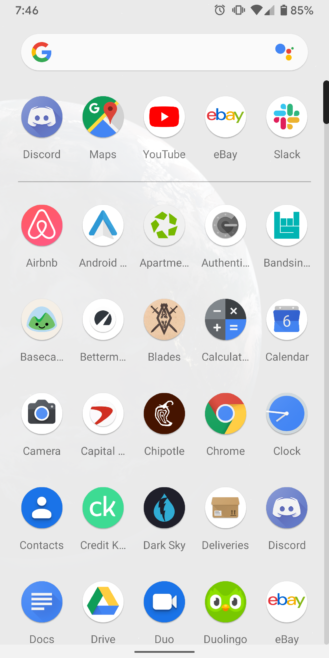 Suggestions settings are gone in Android Q Beta 4, and suggested apps are on by default.

This isn't an issue for me as I keep the setting enabled. I find that the suggestions are often accurate and they save me from having to delve into the app drawer to unearth the app I wanted. But we all know choice is a good thing and it's better not to have a setting or feature forced upon you. It could be that this is an unintended missed menu in Beta 4, but it could also be that Google deemed the suggestions necessary for everyone and has made that decision for all of us. We'll have to wait for the next betas and stable release to see.

The Suggestions menu is back in the Pixel Launcher's settings on Android Q Beta 5, but it's not exactly the same as Beta 3. You'll still find the option to disable the row of five app suggestions, but the toggle for App Actions is gone. That's not surprising as many of us haven't seen the two large Actions buttons in months, so it wasn't working even when enabled. In its place, there's a new toggle for Overview selection, which lets you disable text and image selection in the app switcher. 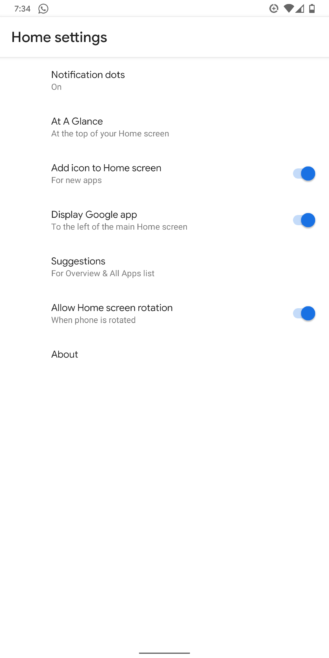 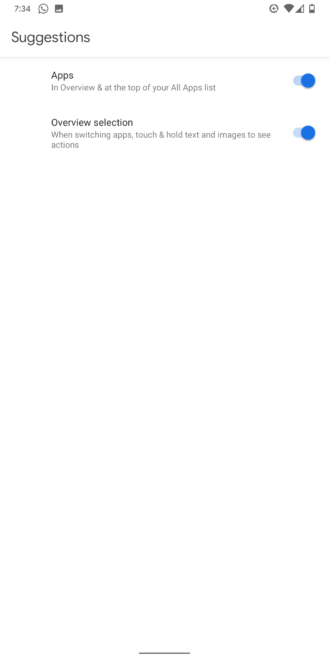 Suggestions are back in the Pixel Launcher's settings.