Samsung SmartThings is a versatile smart home platform with one crucial caveat: It only supports US and UK plugs at the moment, locking out many interested parties in countries with different wiring. This is about to change. In preparation for IFA in Berlin, Samsung announced on Wednesday that it's bringing SmartThings devices to Germany this September. With the country using EU wall plugs, this should allow people based in other countries with these sockets to import them, too, and use them without adaptors.

As a reminder, what makes SmartThings so powerful that it can connect a multitude of devices and services from different companies. Its hub supports ZigBee 3.0, Z-Wave, and BLE, and a more expensive WiFi version can even serve as a router. SmartThings can be controlled via an app or with voice commands using Google Assistant, Alexa, or (you guessed it) Bixby.

Samsung is starting off with a pretty complete package of smart home devices. It gives Germans outlets, buttons, and motion, multipurpose, and water leak sensors which all use the ZigBee standard. Note that technically only the outlets need to be adjusted to the Europlug format; the other devices are battery powered. The open nature of the platform also allows it to support smart bulbs like Philips Hue, as Samsung's recently released bulb and cam aren't officially available in Germany right away (to be fair, we Germans have an aversion to surveillance cameras, anyway). 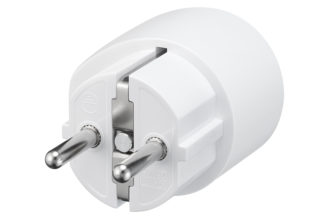 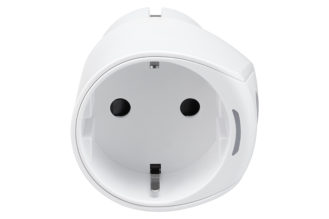 The costs are similar to current US and UK prices, with the SmartThings Hub V3 selling for €89 or €139 for the router version, the sensors for €29, and the outlet for €49. With the German launch imminent, it shouldn't take long until the platform is available in other markets, too.

[Update: It's here] Android Q Beta 5 to make back gesture and side menus work better together