Every major Android update changes the way notifications work in several ways, but those of us who follow Beta revisions to the OS know Google experiments with even more temporary modifications before settling on a final version. We've already covered the new naming, grouping, and snoozing features for notifications in Android Q Beta 5, but another aspect has been tweaked as well: lockscreen notifications.

The short version is you can now get silent notifications to show up on the lockscreen, and you can still force sensitive content to show when the phone is locked but the default is to have it only display when the device is unlocked. 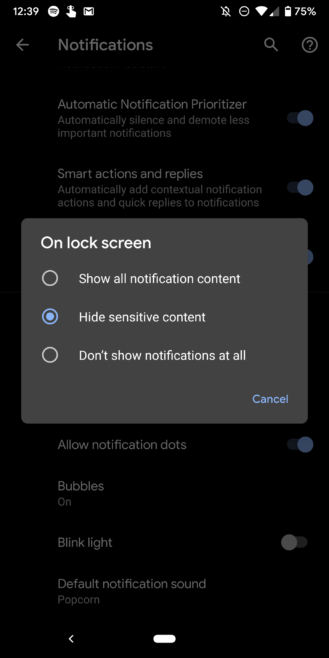 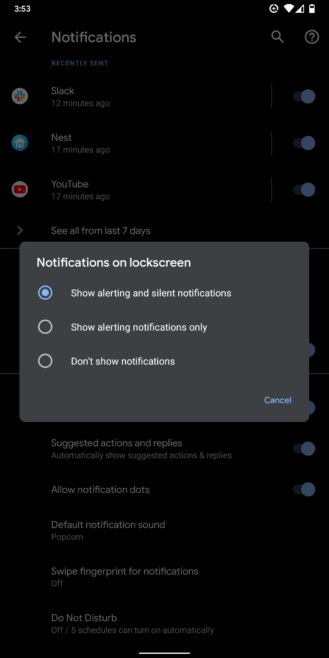 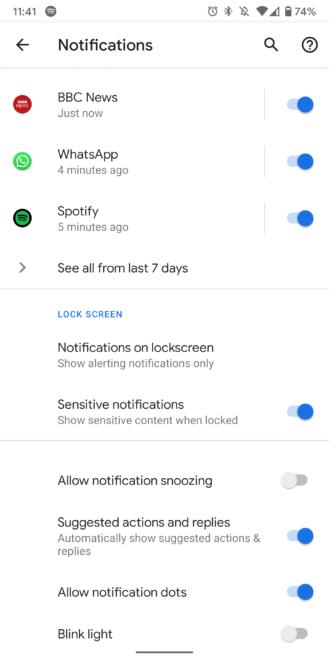 The detailed explanation is that Q Beta 5 has two menus for lockscreen notifications. One of them lets you choose if you want no notifications at all on the lockscreen, only alerting ones, or both alerting and silent ones. On Q Beta 4, there was no distinction between these two types of notifications and only alerting (then called "prioritized") ones ever showed up on the lockscreen. So the main benefit here is being able to force silent (previously called "gentle") ones to display as well. This can be great if you have minimized and silenced some alerts, but still want to see them without unlocking your phone.

The second menu is a toggle for sensitive content. This is unrelated to the importance level you've set each notification to (alerting/silent) and depends only on whether personal information could be gleaned from a notification. It affects apps like Gmail, Messages, WhatsApp, Telegram, and so on. Until Q Beta 3, showing the full content of these sensitive alerts was a yes or no setting, but Beta 4 introduced an "only when unlocked" setting. Thanks to it, you could keep these notifications' content hidden, then display it if your phone gets unlocked with Smart Lock (when it recognizes your face for example). With Q Beta 5, the choice is still there but gets a little reworded. By default, sensitive notifications won't show when the phone is locked, but you can force them to do so.

The end result is more control over lockscreen notifications, even if the settings and the differences between them are a little hard to grasp for newcomers.