Google has been very busy updating its apps with dark themes lately. The search app itself currently has a half-broken dark mode for some users, and services like Google News, Messenger and Calculator have had it in a functioning state for a while now. All of this is happening in preparation for Android Q's system-wide theme, but of course, users on earlier versions of the OS also profit from it. The latest app to receive dark mode is Google Keep, and we've got some screenshots courtesy of tipster Kreeper.

The new interface option looks production-ready and does what you'd expect it to. The white UI we're used to is inverted, colors are reduced to pastels, and layers are differentiated by varying shades of gray. We've yet to see how the app circumvents all the custom colors you can use for your notes, but they might become pastels as well, as that’s what Google advises in its Material Design guidelines. We will update this post if we receive additional screenshots. Dark mode gets its own toggle in the settings where you can enable and disable it only for Keep if you want it to be independent of system settings. The theme even extends to the widget, as you can see in the screenshot below.

The change is triggered server-side in Keep 5.19.191.07, so if you want to become part of the dark mode lottery, you need to update to this version. You may go ahead and sideload it from APK Mirror if you don't want to wait until you receive it from the Play Store.

We've received a screenshot of dark mode note colors. They are indeed toned down pastels that are easier on the eyes in a gray environment. Thanks, Hupro! 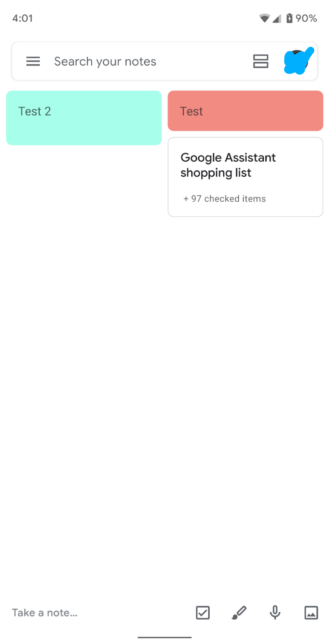 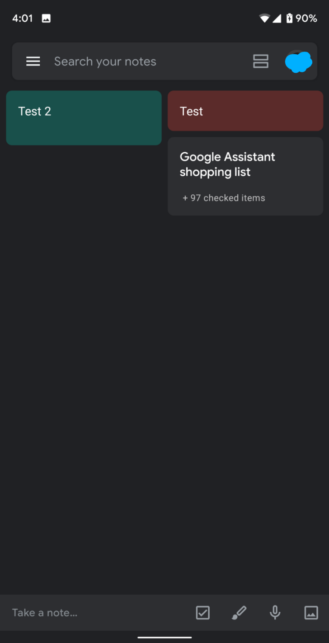 Here are more screenshots of this dark interface in Keep, courtesy of our tipster. The only outlier is the drawing mode, but that was to be expected.

Along with Calendar, Google has officially announced the rollout of dark mode to Keep. Availability is expected in the next 15 days.

Dark mode for Google Keep appears to be rolling out wider, as a lot of people report that it's recently become available for them. Many AP writers also have the toggle showing up for them, so if it's not there for you yet, it shouldn't take long. Thanks, Jason Talbert!

Keep's dark UI mode is now available on the web. Google says that users will begin seeing the dark mode toggle today (July 9th), but it's a gradual release that could take 15 days to reach everyone. Keep in mind, you'll need to enable dark mode on each device manually. Check the Keep settings to see if you've got it yet.

Google Docs tries to save you from editing important work papers with your (embarrassing) ...