It's not uncommon to have more than one Google account between home, work, and your alt catfishing accounts. You don't want to modify or comment on documents with the wrong persona, so Google is rolling out a new "account awareness" feature to help you figure it out at a glance.

The new account switcher is coming to Docs, Slides, and Sheets. It won't look any different at the top of your screen, but it's different when you click to expand the account switcher. Instead of a list of your accounts with the current one highlighted at the top, you'll only see the current account with the text "You're currently signed in as [x]." To see other accounts, you can click "Change account" at the bottom of the pop-up. 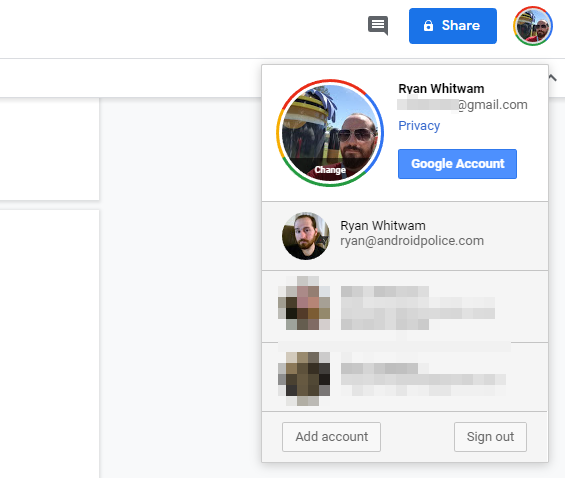 Google says this feature has started rolling out today, and it will be on by default in all G Suite editions. Rapid release domains will get the new switcher in 15 days or less. Scheduled release domains won't get it until late this month.