During I/O 2019, Google announced changes to the Assistant that would see significant speed improvements thanks to on-device transcription and operation. These changes were said to come "later this year," which likely meant around the same time as the Pixel 4 launch. In the meantime, Google has been testing changes to the Assistant interface, including a Holo-esque design and now, a compact look.

The new UI, which is triggered by a server-side switch, compresses the Assistant pop-up to just the bottom of the screen. It removes a lot of vertical white space and puts the Assistant icon, "Hi, how can I help?" text, and user profile picture on the same line. 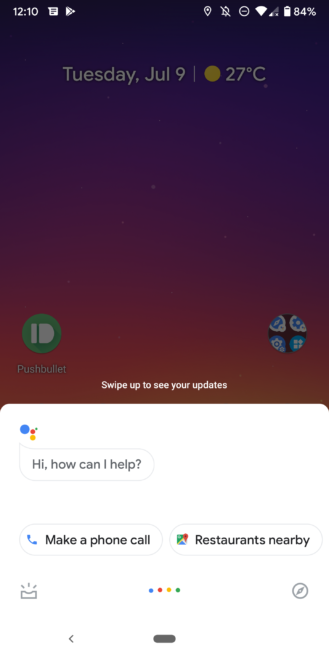 More noticeable though is the answer card, which no longer expands to fill up the entire screen, but takes just as much as is needed, with less white space. The bubbles are also gone, be it for the question or answer. 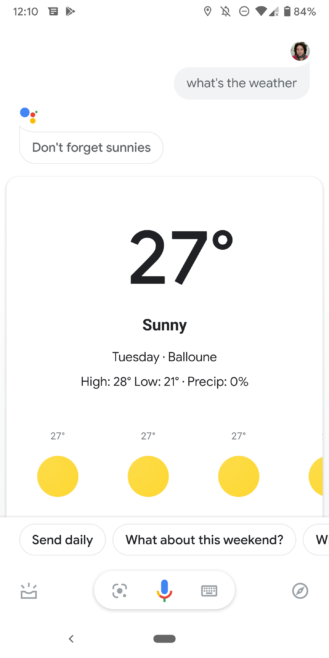 The answer UI is exactly what you see in the next-gen Assistant demo from Google I/O (YouTube queued up to the exact moment). It shows on top of your current app, without overtaking it. However, there's still no sign of the transcription happening in the navigation bar, like we saw in Google's teaser. That might take a bit longer to start showing up in server-side tests.

Google Fit has been broken for months, with no sign of a fix