Last month, Google broke with tradition and showed off the rear of the Pixel 4 way before it's due to launch. This was in response to a pretty vague and unattractive initial render produced by @OnLeaks, but this time he's back again with something more tangible. His latest renders show a Pixel 4 XL with a large forehead and bottom-firing speakers — at least there's no hideous notch, I guess.

As usual, these renders are based on CAD schematics given to case makers and the like, but @OnLeaks has a stellar track record so we are safe to assume the final design will be very close to what we see here. The much-maligned notch from the Pixel 3 XL is no longer, and instead, we see a sizeable forehead with two cameras and some other sensors. It's likely to have the same standard plus wide-angle selfie cam setup as the previous generation, but more interestingly, OnLeaks says there is another space on the right-hand side that could house the required sensors for an iPhone-esque Face ID feature. 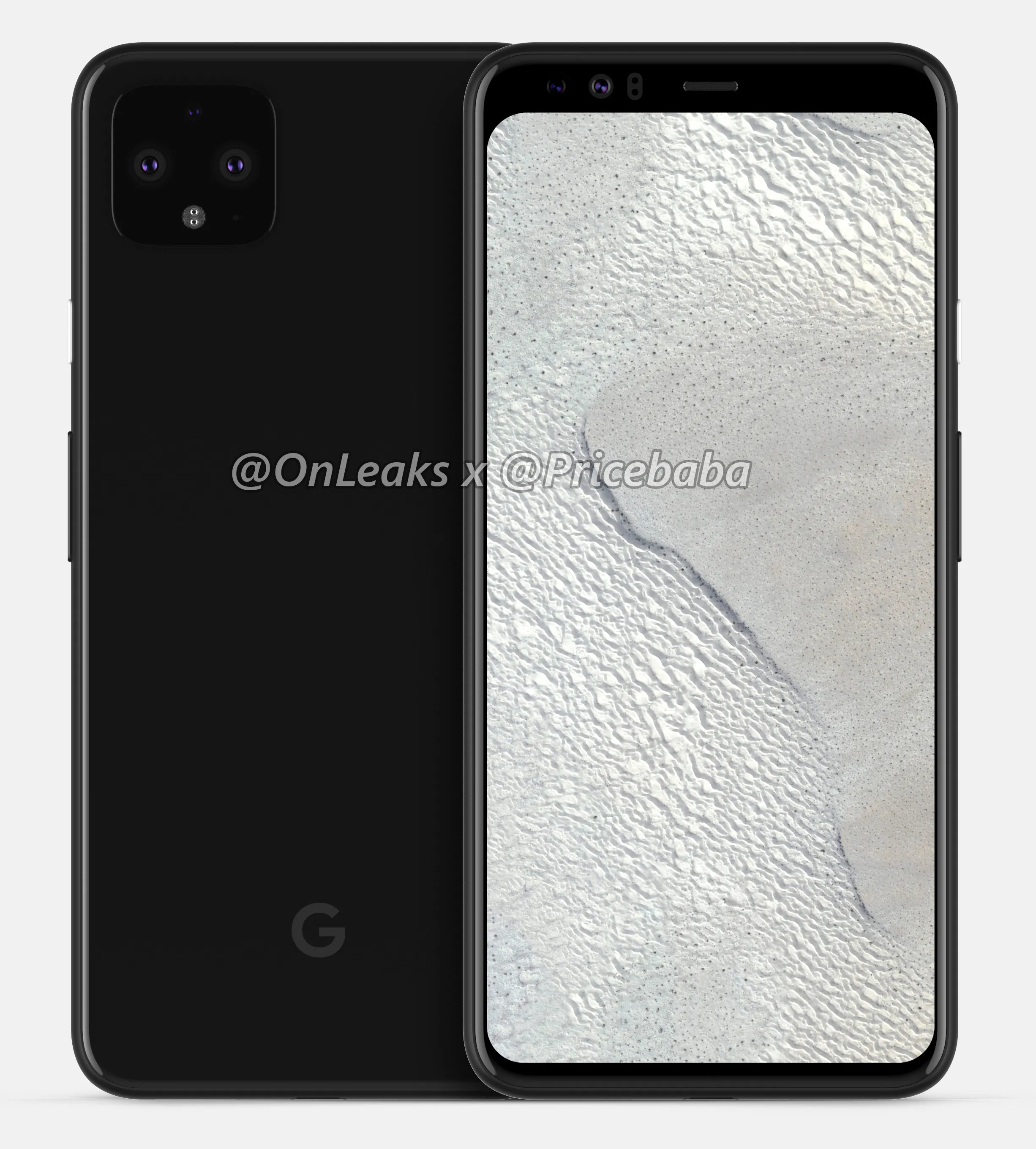 The display is said to be around 6.25 inches diagonally, with the phone's dimensions given as 160.4 x 75.2 x 8.2mm, and a camera bump taking the thickness up to 9.3mm. We don't learn anything new about the rear camera setup, but recent leaks have suggested the secondary module could be a telephoto lens while it's been speculated that the third one could be a ToF sensor. 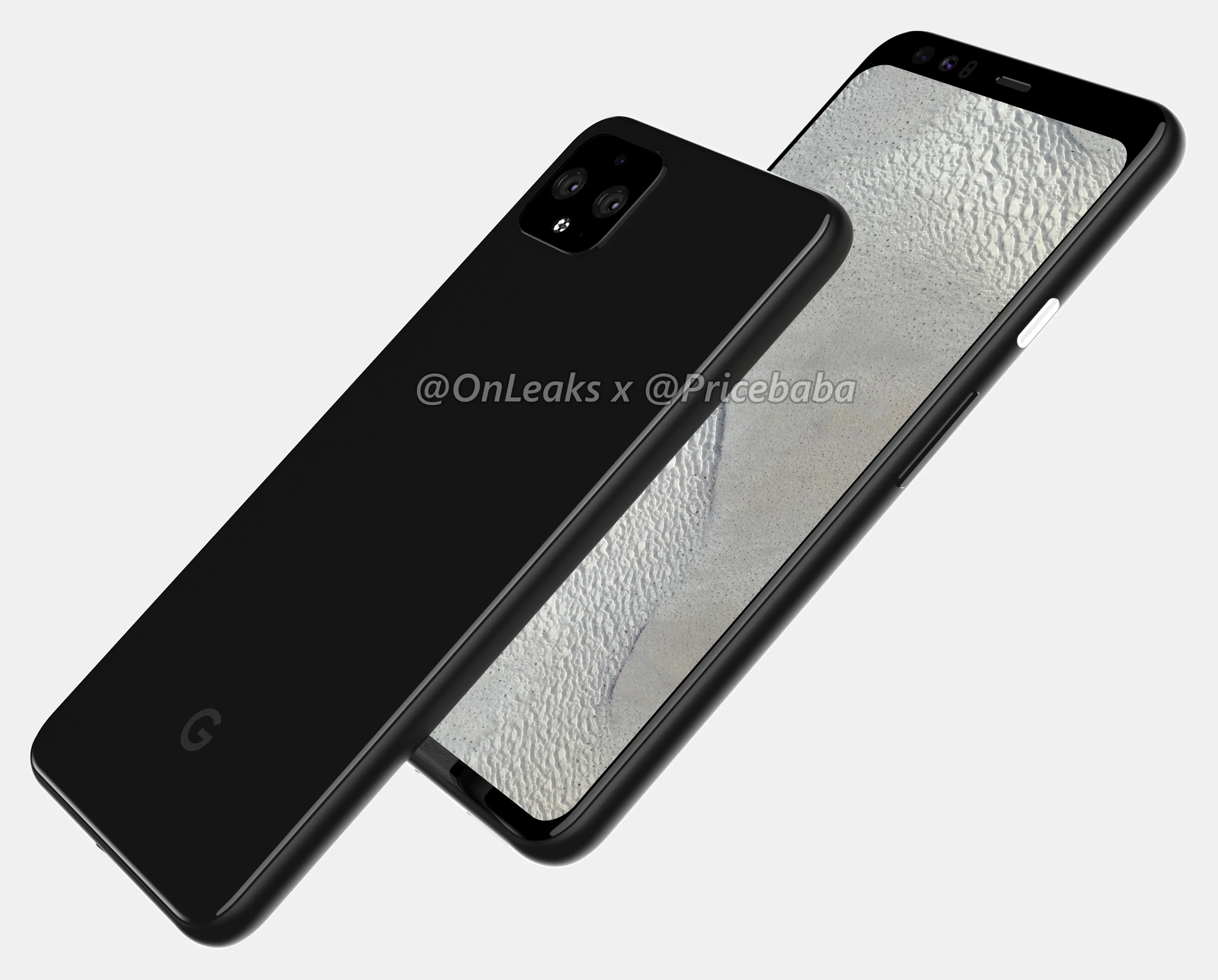 As expected, there's no fingerprint sensor on the back this time, which could mean an in-display sensor or a reliance only on facial recognition for unlocking. Once again, there's no headphone jack, and more worrying still, there doesn't appear to be the dual front-facing speakers we've come to love from the Pixel lineup. We see a small earpiece in the forehead, which could also double as a speaker as with the Pixel 3, but then we also see what look like two speaker cutouts either side of the USB-C port on the bottom edge. This would be a huge disappointment if it turns out to be the case.

The Pixel 4 and 4 XL are expected to ship with Snapdragon 855 chips and we're hopeful we'll finally see a bump up to 6GB of RAM. A Soli radar chip is also a rumored inclusion, which could allow for futuristic air gestures. The launch is still a few months away, if we're to assume another October announcement, but perhaps Google will follow this up with another official render showing off the front of the phone in all its glory. Your move, @madebygoogle.

Google and Dish could be planning to form a mobile carrier, but Google denies report