Ever since Microsoft's Windows Phone plans failed, the company has doubled down on bringing its services to Android and making them feel right at home there. In an effort to promote the usage of its apps over ones from competitors, Microsoft has decided to use the share sheet as a sneaky spot for advertising. People who have already installed the company's Your Phone Companion or other Microsoft apps get helpful install suggestions in share and open menus, depending on the type of file they want to send or load.

First off, this behavior is not new. We've received a tip about this in April, but back then, Microsoft's Your Phone Companion's desktop counterpart was still in beta. Now, as more users are installing the app to mirror their Android notifications and messages to their stable Windows builds, the issue is becoming more widespread.

Two things are happening. For one, Microsoft apps installed on your device will insert a suggestion to open file formats like .pptx, .xlxs, and .docx in the corresponding app the company offers, even if you don't have that on your phone (just like the PowerPoint option in the screenshot above). If you do use an app like Google Slides on your phone and don't want to get Microsoft's solution, then, well, the additional option is right there in your face unless you choose to always open a file with Slides. Since most people don't regularly open Word, Excel, and PowerPoint documents on their phones, it shouldn't be too much of a hassle, though, and should turn out to be pretty helpful for some. 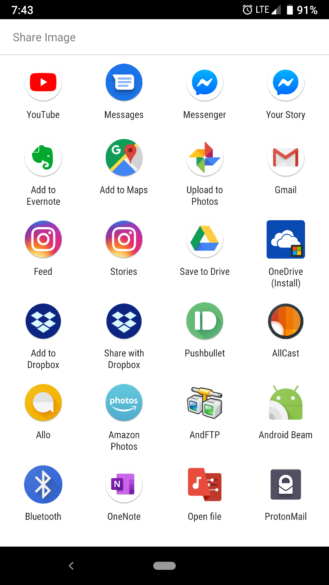 However, for another, Microsoft's Your Phone Companion also suggests installing OneDrive when you're sharing images. I think the company is overshooting a bit here, since many people might not want to use OneDrive if they're already deeply invested in Google Drive, Dropbox, or other cloud storage solutions. In contrast to opening an Excel file, sharing images is something many people do almost every day. If they're not interested in OneDrive, it will get in their way, and it's not at all useful.

As you can see, the behavior isn't consistent across all of Microsoft's apps. For example, I could reproduce Microsoft Word advertising PowerPoint, but I only received the arguably annoying OneDrive ads once I've installed Your Phone Companion. We also need to clarify that this advertising strategy is severely limited on Android Q, as the culprit's app name and icon are used instead of the one it suggests to install – see the screenshots below. 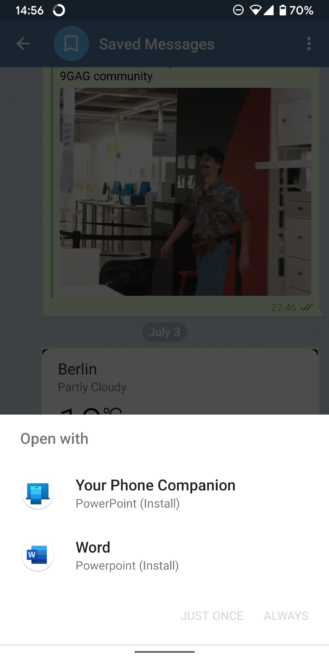 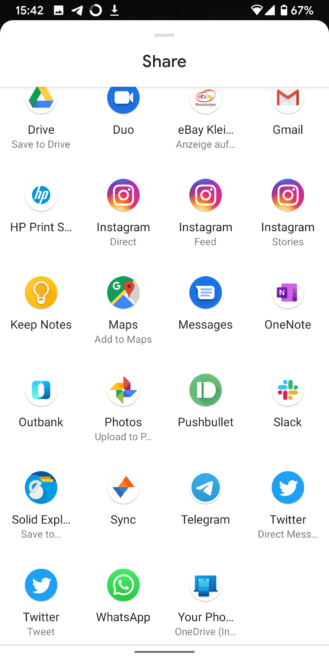 See the last share target in the right screenshot. That's the one that's simply labeled "OneDrive (Install)" on previous Android versions, but here, the culprit is clear.

Since Microsoft is the only app developer we know of who does this, these share menu ads currently won't really get in your way. Trouble arises if other developers take note and start adding their own app portfolio to users' phones, though. This could easily make sharing even more tedious than it already is, and since there's no way to hide unused targets (and no way to manually sort them as of Android Q Beta 4), the number of shortcuts could become unbearable. However, with Android Q changing how apps are displayed in share and open menus, this kind of sly advertisement shouldn't be able to catch on too much going forward.

[Update: U11+ too] HTC begins the U12+ Pie rollout, hopefully doesn't brick phones this time