The LG Stylo series has been a staple offering at prepaid carrier stores for years. The stylus-equipped Stylo 4 received fairly positive reviews when it was released last year, and now LG has followed it up with a sequel.

The Stylo 5 impressed me with its good design and amazing battery life, but it has the same faults as many of LG's other recent phones — including a clunky software experience and no guarantee of future Android updates. Still, there's a lot to like for around $200.

The LG Stylo 5 is a large phone, nearly identical in physical size to my OnePlus 6T. It's also fairly thick, not only to accommodate the stylus, but also because there's a large 3,500mAh battery inside (more on that later). The sides are aluminum, with a glass front and a plastic back. The back covering has a strange texture — almost like the protective covering on screens when you first take electronics out of their boxes. At least it's not the ultra-slippery glass that LG put on the G8. 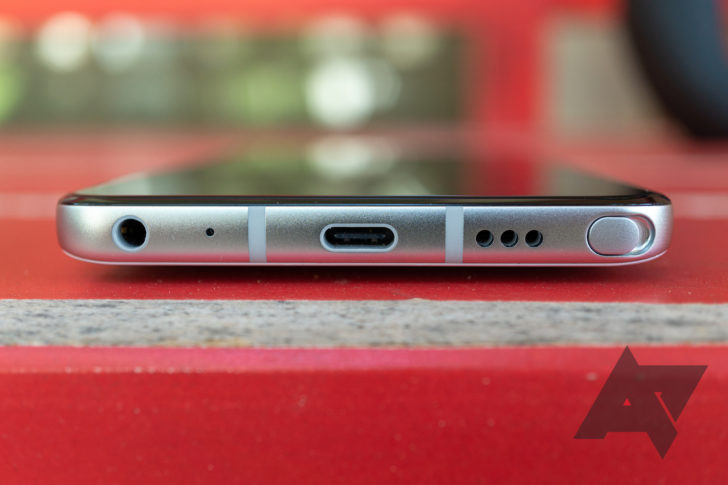 However, I do have to give LG bonus points for a few design choices. There's no giant notch (like many other phones in this price bracket have), the glass front is slightly raised to give it a more premium feel, and there's both a USB Type-C port and a headphone jack. The older microUSB connector is still dominant on budget Android phones ⁠— even the $189 Nokia 4.2 we just reviewed ⁠— so it's nice to see LG go with Type-C.

A sacrifice had to be made to fit a headphone jack, a USB port, and the stylus on the bottom of the phone: there's only a single speaker grill. You will not want to listen to music from this phone's speakers.

On the back, there's a 12MP rear camera with a flash, and below that is a fingerprint sensor. It was sometimes hard to hard to guess where the sensor was, especially since the ring around the camera feels identical to the ring around the scanner, but it always detected my finger without an issue.

In the box, you get the Stylo 5, a wall adapter, a USB Type-C cable, and an instruction manual. 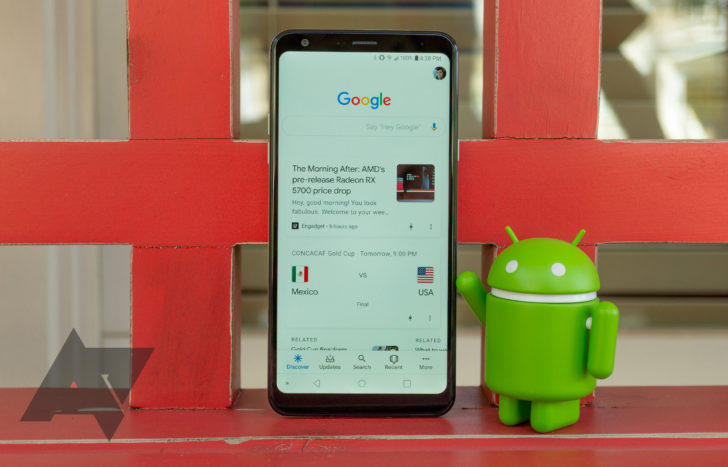 The LG Stylo 5 uses a Snapdragon 450 processor paired with 3GB of RAM, which is more or less standard for a phone around $200. Performance is generally very good, but the phone does struggle with more graphically-intense games. This isn't the ideal device for on-the-go Fortnite sessions, but it will work just fine for checking social media, responding to messages, and the occasional Minecraft game.

If you're interested in benchmarks, Geekbench 4 gave the Stylo 5 a 781 for single-core performance and a 3881 for multi-core (full results here).

The software experience is my least favorite aspect of the Stylo 5. LG's customized version of Android doesn't add a whole lot of useful functionality, and it's even downright obtrusive in a few ways. I kept receiving notifications to transfer data from an old device, even days after I had set up the phone. LG also seems to have removed the ability to launch the camera by double-pressing the home button. 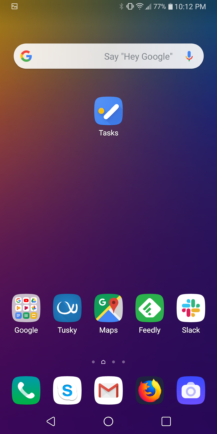 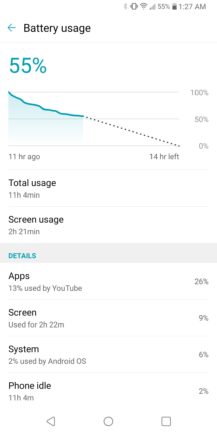 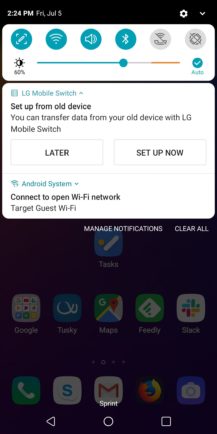 Much like Samsung, LG has duplicated versions of all the pre-installed Google apps. The Stylo 5 also has a healthy dose of bloatware on top, including Facebook (barf) and a handful of Amazon apps. The launcher doesn't have an app drawer, but at least that can be fixed easily.

It's also important to note that LG is just about the worst phone manufacturer when it comes to updates. As an example, the G7 ThinQ (LG's mainstream phone for 2018) is just now getting Android 9 Pie in the United States. That update was released by Google nearly a year ago. LG hasn't said a word about Pie coming to last year's Stylo 4, so the Stylo 5 will likely never receive a major Android update. 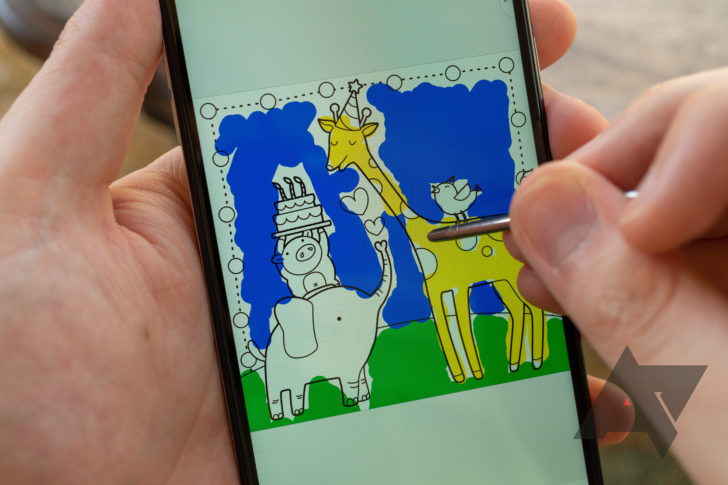 The software experience isn't all bad, though. LG has included a few useful utilities for use with the stylus, including a memo pad (also accessible from the lock screen), a screenshot markup/cropping tool, a GIF creator, and even a coloring book. The coloring book was a fun distraction whenever I had a few minutes to kill. The stylus also works as another touch input, so you can navigate apps and tap on things as if you were using your finger, and drawing in third-party apps like Google Keep works just fine.

Another high point for the Stylo 5 is battery life. I ended most says with more than 50% battery remaining, so most people could easily get two days of use out of a single charge.

Like most budget phones, the Stylo 5 can take acceptable photos with plenty of light, but quality falls apart in dark environments. The image processing is perhaps worse than the sensor — it gives a watercolor-like effect to photos, similar to images taken with older OnePlus phones. You probably won't notice the effect unless you zoom in, but it's there. In short, the Stylo 5's camera quality is about average compared to other devices around $200. Don't expect greatness.

Yes, if you need a stylus phone. If you really want a budget phone with a stylus, and the lack of future Android updates isn't a concern, the Stylo 5 isn't a bad choice. It offers a great design, good performance, and fantastic battery life. There's a lot to like here, even if LG's flavor of Android isn't my personal cup of tea. 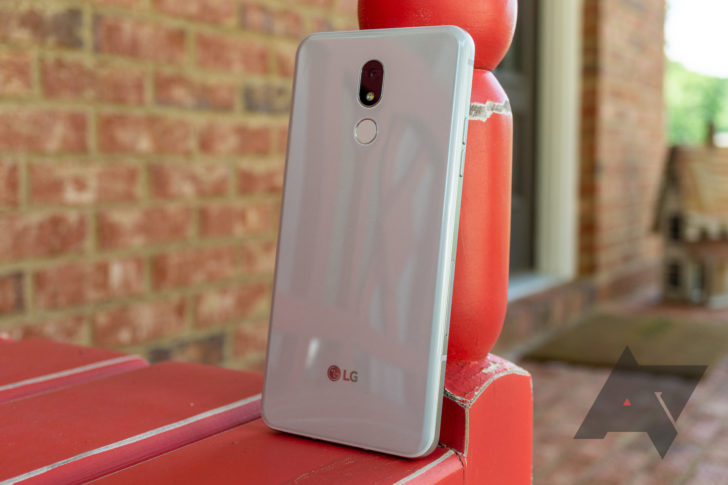 If having a stylus isn't a priority, the Nokia 6.1 can be found for around the same price (~$230, as of the time of writing) and offers a better software experience and slightly faster performance. However, the Nokia 6.1 won't work on carriers like Sprint and Verizon, as it doesn't support CDMA networks.

There's a good chance carriers will offer deals on the Stylo 5, which might outweigh the phone's disadvantages for you. Boost Mobile is already taking $40 off the $199.99 MSRP, for example.