Scented candles and aroma diffusers are great, but what if you could have whatever scent you want in your home at any time, with just a single voice command? That's exactly what the Moodo smart aroma diffuser offers, and we've partnered with Moodo to give away three of them.

The winners are Sam, Rebekka Absmeier, and Mark Johnson!

The Moodo is a one-of-a-kind smart aroma diffuser that can be loaded with up to four scent capsules simultaneously, from a selection of dozens of unique high-quality fragrances. You can activate any of them using the Moodo app, or by connecting the Moodo to Google Assistant, Siri, Alexa, or even IFTTT. Unlike candles, there's no fire involved, so the Moodo is safe to keep around small children and animals. 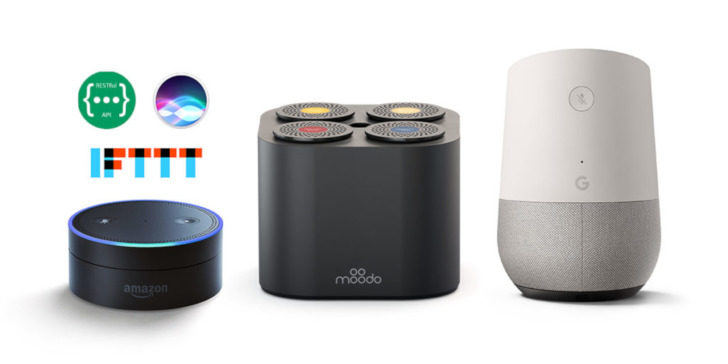 The aroma capsules are inexpensive, and Moodo even offers a program to replenish your capsules each month. You can pick your favorites, or sign up for a monthly surprise scent.

We're giving away a few Moodo diffusers, but if you want to buy one right now, you can grab one from the company's online store at a discount for a limited time.

The contest will run from July 5th, 2019 until 11:59PM Pacific Time on July 8th, 2019. Three winners will be selected, and each winner will receive one Modo diffuser and three scent families. The contest is open to all countries except Canada and Australia.