Google has proven that it can produce class-leading camera results even with just one sensor on the back, but the company will finally be adding a secondary lens with the Pixel 4. According to Google Camera v6.3, obtained from a leaked Q Beta 5 build (and available for download here), this secondary camera might be of the telephoto variety. 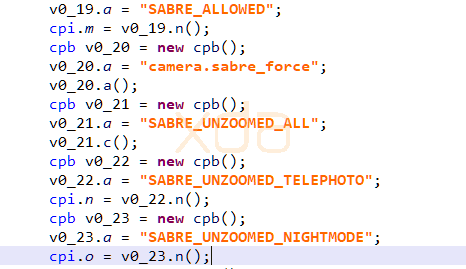 Our friends over at XDA did some digging through the leaked Camera v6.3 APK and found some changes to Super Res Zoom, codenamed internally by Google as "sabre." Compared to v6.2, there are several new items: a "SABRE_UNZOOMED_TELEPHOTO" field and some new camera sensor IDs. Those camera IDs include "front IR," "front regular," "front wide," "rear regular," and "rear telephoto" sensors. The front IR and rear telephoto sensors are, of course, absent in any current Pixel phone, leading to the hypothesis that this is for the Pixel 4. We're not entirely certain what the "front IR" sensor is, but it could be for face unlock.

The Pixel 4 in Google's teaser image has two rear sensors, so if the telephoto lens ends up being the secondary unit, there won't be a wide-angle lens. Depending on what you value in a phone camera, this could come as a disappointment, but at least you'll be able to get some better zoomed-in shots.

If the Pixel 4 were to get a telephoto zoom, that would be interesting enough, but it would still leave us with plenty of other questions about what to expect from the camera's hardware, not the least of which being resolution. It's far from a certainty, but some additional lines from this new Camera APK may just clue us in.

Of course, that's just one interpretation of this find, and even if there is software in place for this kind of camera hardware, that doesn't necessarily mean it will match what we get from Google's next smartphones.

Save 15-20% on all Satechi products through July 7