Google's bigger flagship phone, the Pixel 3 XL, can't be considered new anymore, but it's still one of the best phones you can buy thanks to its stock Android software and excellent camera. The international model is currently being offered on Rakuten for just $539.95 with a promo code, making it $359 cheaper than the $899 MSRP.

The Pixel 3 XL is equipped with a 6.3" 1440p OLED display, a Snapdragon 845, 4GB of RAM, 64GB of storage, a 12MP rear camera, dual 8MP front cameras, and a 3,430mAh battery. Those specs aren't quite class-leading, but they're more than sufficient. Plus, it's hard to beat the camera, which is one of the best in the biz right now. Note that this is the international model, which will work on AT&T, T-Mobile, and Verizon, but not Sprint and Google Fi. 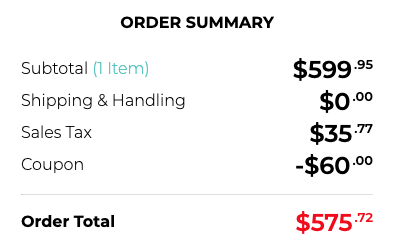 ProElectronics on Rakuten has the phone listed for $599.95, but code SAVE15 at checkout brings it down to $539.95. These are brand-new units, not refurbs of any kind. The Just Black and Not Pink colorways are in stock, and shipping is free. You do need to be a Rakuten member to redeem the code, but joining is easy and free. Hit the link below to pick one up.

Future Android Q release may have leaked early, showing off new 'Back Sensitivity' setting for ...