Smartphone filmographers were treated to something special when Moment began shipping its new anamorphic lens to Kickstarter backers back in August. For those that aren't familiar with anamorphic lenses, they allow a camera with a square-ish sensor (4:3 aspect ratio) to capture a widescreen image, 2.40:1 in this case. This is done by ("squeezing") optically compressing an image on a single axis. The footage can be "de-squeezed" or stretched afterward to look normal.

Most people interested in an anamorphic lens are probably prepared to de-squeeze video using editors like Adobe Premiere Pro or Final Cut Pro X; but if you want to do something with your footage without turning to a computer, it would be nice if your camera app could do this work for you. The iPhone version of the Moment Pro Camera app gained support for de-squeeze almost immediately, but with the v3.0 update, the Android version is fully caught up. (Note: The Android version could previously preview footage de-squeezed, but still saved it as squeezed.) 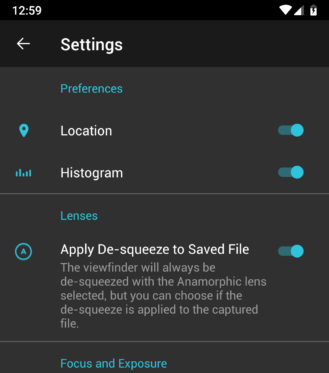 To automatically de-squeeze pictures and video, just open the Settings page in the Moment Pro Camera app and make sure the option shown above is turned on. It will only apply when the selected lens is set to anamorphic, so you don't have to worry that other photos or videos will be stretched out — just remember to change settings if you change lenses.

In honor of the fully operational de-squeeze capabilities, Moment is offering a 15% coupon code on shopmoment.com that ends at midnight tonight (July 2nd, 11:59 PM PDT). The code can be found in the Moment Pro Camera app and appears to work with everything on the site, including products from Moment's partners.

Also, keep a lookout for Moment's next Kickstarter campaign launching on July 9th. You can sign up to be notified here. Psst, It's gonna be hawt! 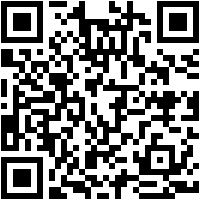