NimbleBit has found a good bit of success in the mobile gaming marketplace with its hit Tiny Tower series, so it's no surprise to see that the developer has teamed up with LEGO to create the ultimate tower-building business sim. Early this morning, LEGO Tower arrived on the Play Store as a pre-registration release, and word is the official launch should take place sometime this summer.

Much like the previous games in the Tiny Tower series, LEGO Tower will offer a range of themed apartments and businesses that can be constructed inside of your tower, and of course, there will be a heavy emphasis on collection aspects. You'll have the chance to accumulate hundreds of different Minifigure pieces, and you might even stumble across a few hidden characters.

Details about the upcoming release are still light, so we don't really know how high the game's in-app purchases will range, though we do know they will be included since they are listed under "Interactive Elements" at the bottom of the Play Store listing. We also know the title should land sometime this summer, and if you're eager for the release, you can pre-register right now to receive a notification whenever it's launched. 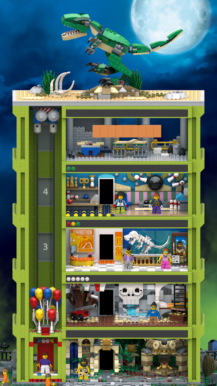 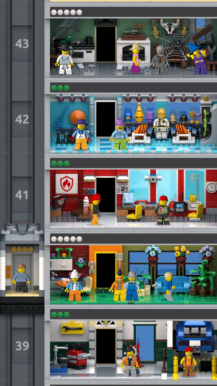 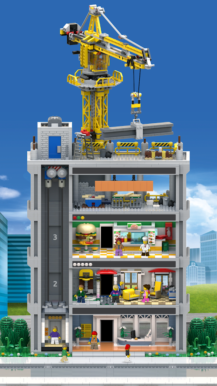 There's no doubt that the building block nature of LEGO fits well within the theme of NimbleBit's Tiny Tower series, what with how you have to construct all manner of apartments and businesses in an ever-rising building. As you can see from the above screenshots and trailer the LEGO theme is reminiscent of the movies, which should appeal well to fans, and if the title's gameplay largely resembles that of the previous games in the Tiny Tower series, then I'm sure NimbleBit will have a very popular game on its hands whenever it finally lands. 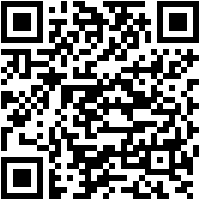 NimbleBit's LEGO Tower is officially available on the Play Store

We already knew that Nimblebit's LEGO-themed tower builder would land sometime this summer on the Play Store, and as of this morning, the title is officially available. It would appear that this Android release has arrived a day after the official iOS launch, but now that it's here we can jump in to start building and managing our very own skyscraper communities.

LEGO Tower is a free-to-play release, which means you can expect in-app purchases that range up to $29.99 per item. These IAPs are useful for purchasing in-game currency as well as a VIP subscription that will cost players $1.99 every five days for access to exclusive benefits, such as generating double rent from your Minifigure residents.

Get ready to take your LEGO® construction skills to new heights! Today, LEGO Games, together with NimbleBit, creators of the classic mobile game Tiny Tower, have released LEGO® Tower, a brand-new, free-to-play, tower-building experience for iOS and Android devices. In LEGO® Tower, players will build and manage their own skyscraper communities — creating the ultimate dream spaces for their Minifigures to live their best blocky-self lives.

The residents of LEGO® Tower are very busy folks. When they’re not sprucing up their apartments, they’re painting in art class, chowing down at the Burger Bar and meeting new friends. But somebody’s got to keep the place in order! Players will be responsible for decorating, ordering supplies, managing restaurants, introducing neighbors and a variety of other fun and interactive tasks, while also building it up the tower to be the most desired community around.

Have what it takes to be an all-star tower manager? Test out your skills in LEGO® Tower, available for free on the App Store or Google Play now. LEGO® Tower is rated 4+ for everyone, but is best enjoyed by players 8+ on mobile or tablet devices with iOS 11 or Android 4.1 and up OpenGL ES 3 support.