The Nokia 7.1 was originally released late last year, and even though it has a few flaws, it's still one of the best budget phones currently available in the United States. It already went on sale a few times, and now it has once again dropped to $299 — $50 off the original price.

If you're not familiar with it, the Nokia 7.1 is equipped with a Snapdragon 636 processor, 4GB of RAM, 64GB of internal storage (plus a microSD card slot), a 5.84-inch 1080p screen, and a 3,060mAh battery. It originally shipped with Android 8.1 Oreo, but it was updated to Pie last year. There's also a headphone jack. 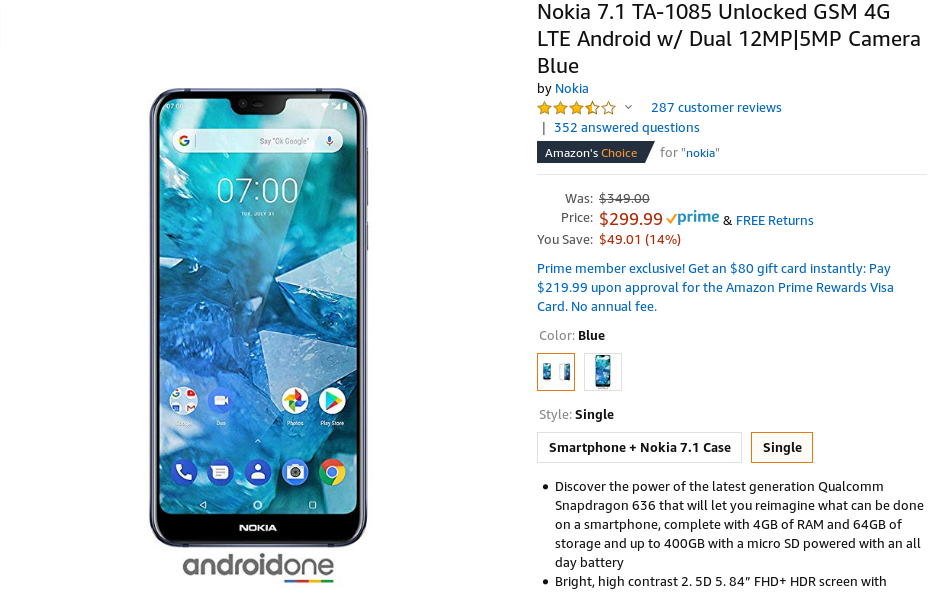 In our review, Ryan noted that while the stock Android experience was great, the performance left a bit to be desired, and the chin + notch combo isn't a great look. Still, you won't find many other good options for under $300 in the United States.

It's also worth noting that some retailers are throwing in bonuses. Best Buy will drop the price to $249.99 if you activate the phone on a supported carrier, while B&H Photo is throwing in three free months of Mint Mobile service.

Samsung makes it official: The Note10 will be announced on August 7

[Update: Out now] LEGO Tower is a new business sim from NimbleBit, open for pre-registration on ...