Humorously enough, Lacy is actually kind of beating Google to the punch when it comes to focus mode. It was initially announced two months ago at I/O as being an upcoming feature in Android Q, but it hasn't been implemented yet. 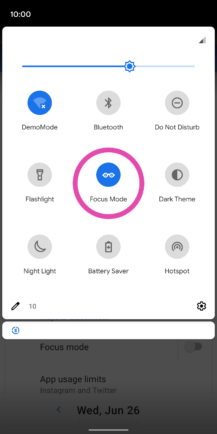 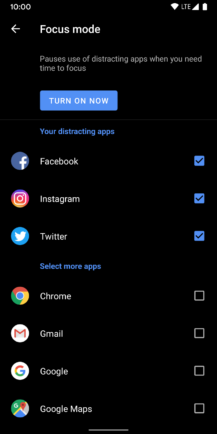 The feature is enabled via a quick settings tile, and it prevents specific apps you select from being launched while it is enabled, helping you focus by keeping you outside of distracting apps. In a similar vein, the app usage limits mimic the App Timers in Google's Digital Wellbeing, preventing you from scrolling through Twitter or Instagram for too long. 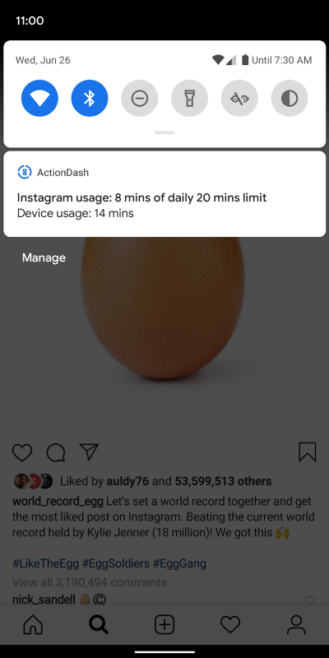 The live notification from Usage Assistant can also help you better visualize and understand where and how your time is spent during the day. Rather than having to go out of your way to review or follow those statistics, they're always present to help you establish better app habits.

Whether you have a device that supports Digital Wellbeing or not, ActionDash provides many of the same benefits, plus a whole host of improvements and additional features. So if you're trying to reduce how much time you spend glued to social media on your phone, it might be worth giving this latest version of ActionDash a shot. The update is available at both the Play Store and APKMirror.