Apparently, it's smart speaker sales day — Google is taking chonks off its Google Home Mini, Google Home, and Google Nest Hub, so of course Amazon has to respond. If you live in an Alexa household and are planning on picking up, say, an Echo or Echo Dot you might want to pick one up today — the retailer has them at comparable discounts.

They're fairly cheap, they're fairly small, and if you're reading Android Police in 2019, you probably know that they connect with phones and the internet in general to stream audio, perform skills, and just do things. You probably might also know that Amazon does not like selling these devices at full retail price often. 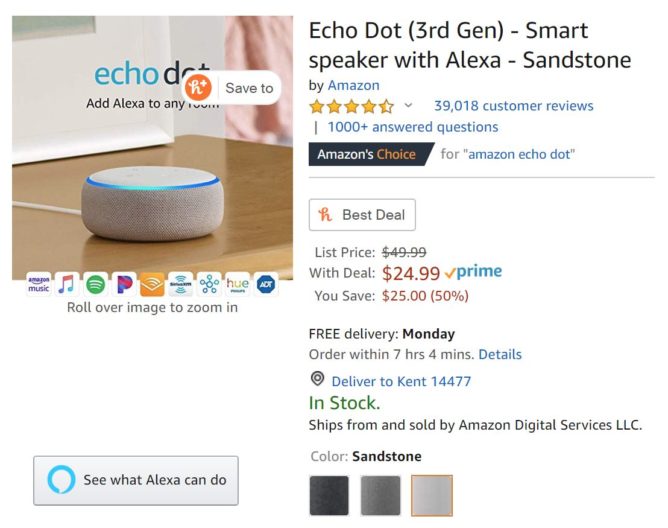 The third-gen Echo Dot has been at $50 for just the past week, but only after spending the previous two weeks at $30. That said, we're now back down in discount territory, but even lower than before to match the Google Home Mini's cut price of $25. We haven't see it this low since Black Friday weekend, when it was pegged at $24. 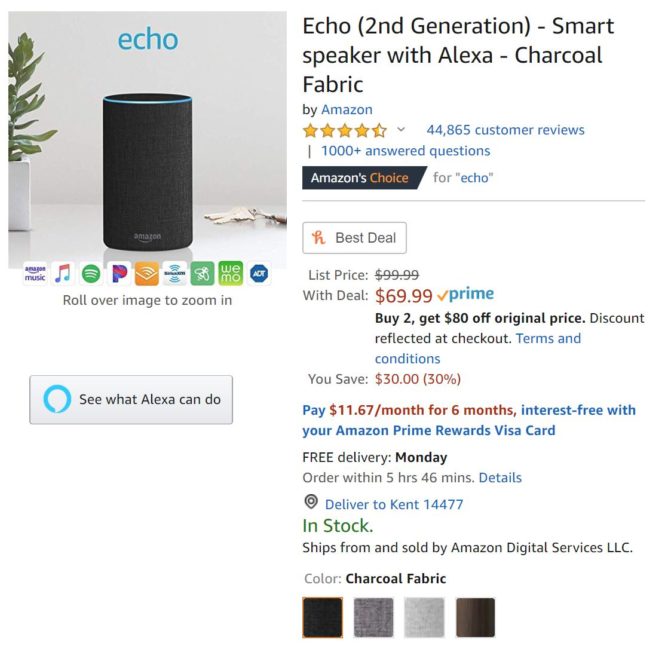 The Echo, with an MSRP of $100, was actually cheaper than $70 earlier this month, but it does currently match up with the current sale on the Google Home. Amazon tries to do one better for those who buy a pair of speakers by adding on $10 more apiece in savings.

The Echo Dot is available in Charcoal, Heather Gray, and Sandstone fabric covers while the Echo has those plus a Walnut finish.

Google shares how it designed dark theme for Photos, Calendar, News, and the upcoming Android Auto