The comparisons of Graveyard Keeper to the fan-favorite farming life simulator Stardew Valley are many, and rightfully so, because both games look and play very similarly. Of course, Graveyard Keeper offers a much darker theme since you'll spend the majority of your time maintaining a graveyard while facing the many ethical dilemmas the fall upon the position of a cemetery manager living in the middle ages.

Graveyard Keeper comes from Lazy Bear Games, the indie developer behind titles such as Punch Club and Swag and Sorcery. The goal of Graveyard Keeper is to build and maintain a thriving cemetery business, and along the way, you'll dive into dungeons, fight monsters, gather resources, craft items, and maybe even sell an organ or two to the local butcher.

One thing to keep in mind is that many reviews have pointed to gameplay that can feel very tedious when compared to similar titles like Stardew Valley or Harvest Moon. There's a lack of streamlining for many mechanics which results in a lot of grinding and guesswork. If that's your thing, then you should have no issue with this release, but if you don't have the patience to teach yourself how to play, then you may not find a lot of enjoyment in this title. There is no hand-holding, which can be a blessing or a curse, depending on how you look at it.

I've tested the Android release on my trusty GS8+ and OP6T, and I can say the loading times aren't great. It takes a minute or so to get into your first game, but once you're in, things seem to load a bit better. The touch controls work fine for what they offer, though it would have been nice to see support for physical controllers, especially when the console and PC versions supported them out of the box. Because of this oversight, there is no way to play on the Shield TV.

Graveyard Keeper is indeed a premium release, and you can pick it up off the Play Store for $9.99 ($10 cheaper than the Steam price) starting today. There are no advertisements included, though sadly the Breaking Dead DLC will run you an extra $2.99 through the game's only in-app purchase.

It's clear that Graveyard Keeper has a lot to offer if you have the patience and fortitude to push through its grindy mechanics and lack of streamlining. I wouldn't go so far as to elevate this release to the level of something like Stardew Valley, but it sure comes close with a few negatives sprinkled throughout the experience. I'd say it's still worth the asking price if you are really into life sims, just don't expect the same amount of polish as you would from the titles that clearly inspired this release. 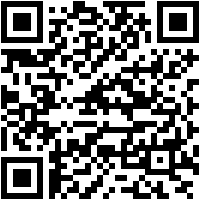 Kindle Fire 7 is down to $36 apiece in 3-pack deal, just in time for summer vacation

Amazon Counter launches in the US for in-store order pickups