Tasks has long been one of the forgotten, deprecated services at Google, but when it was clear that Inbox was dying, new life has been breathed into the to-do manager, probably to replace Inbox's native ability to assign tasks to emails. Since then, the service is seeing a plethora of updates, and it only recently received timed reminders, recurring events, and proper integration with the Gmail Android app. The latest version, 1.6, brings smaller UI and UX improvements that further round out the experience with Tasks.

The first, most obvious change is the shrinking of the FAB, which now looks exactly like the buttons you see in other Google apps like Gmail and Calendar: a colorful plus icon surrounded by a white background. Functionally, nothing changes — you can still add new tasks by tapping it. 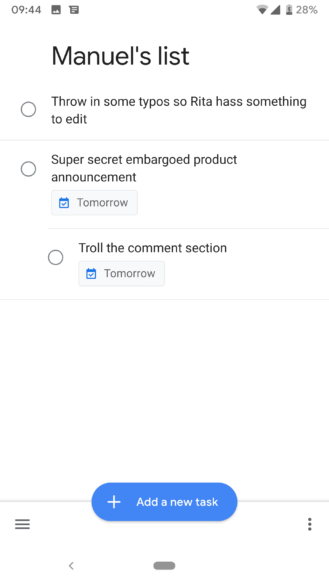 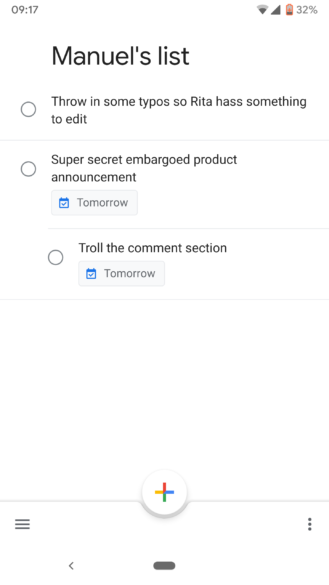 Another welcome UX addition that deserves a "finally!" is the implementation of an app shortcut that allows you to create a new task right from the home screen by tapping and holding the Tasks icon and then choosing New Task. This takes you right into the assignment creation screen for the list you've last selected. 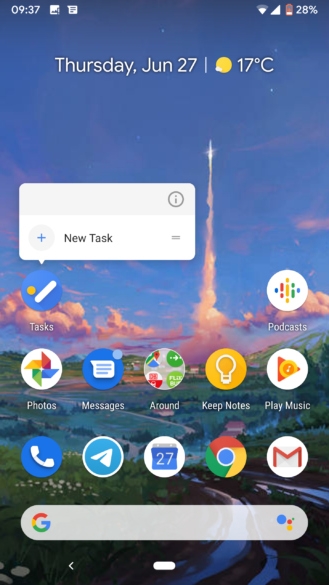 Last but not least, Google Tasks and Photos now interact with each other on a basic level. Photos' Share sheet received a Tasks shortcut which puts the chosen photo's URL into a new task, along with a default Shared photo label. This appears to be work in progress, as there's no automated way to tell which photo is in the shared link except when you tap or copy it. Let's hope Google plans to add a photo preview in another update. 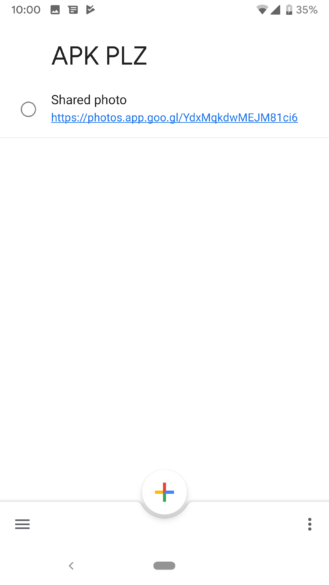 For once, these changes are not triggered by a server-side switch, so as soon as you've got the latest update, you'll see them. If the new version is not available to you yet, you can head over to APK Mirror and sideload it. Alternatively, you can wait until the update comes your way via the Play Store, embedded below.