Google already relays information about bus delays in many cities where transit authorities provide details directly, but Maps will use real-time traffic data to give warnings in other areas, too. They'll show when the bus is expected to arrive based on real-world conditions, plus travel times updated to reflect traffic delays.

Additionally, trains along your route will show crowdedness indicators in the form of a number of little human icons — one is not very crowded, four is jam-packed — along with a verbose descriptor like "usually standing room only." These are based on historical data gleaned from surveys sent to users about their rides. If you've got time to spare, you could use this information to avoid an uncomfortably full train. 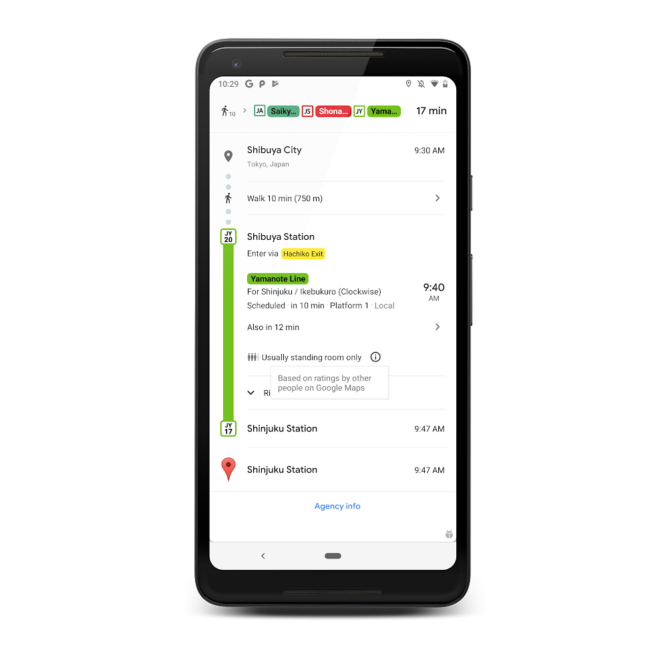 The new features are rolling out "in nearly 200 cities around the globe" on mobile starting today (Google didn't say which). If you want to know more about Google's data on transit crowdedness, the Maps team has compiled a fun blog post about just that.