The latest tech trade show, MWC Shanghai, is just getting started and one of the first exhibitors is Chinese tech manufacturer Oppo. It didn't talk about a phone at its keynote — its Reno phones are getting some extended spotlight here — but it did bring us closer to the supposed holy grail of a full-body smartphone display by demonstrating an under-display selfie camera.

Before we get there, we should mention the undercard of this showcase, wireless messaging off the conventional grid. The company's MeshTalk app is able to send texts and media as well as conduct voice calls without the need for 3G, 4G, 5G, Bluetooth, or Wi-Fi. Think of something like GoTenna: just ad hoc connections between other enabled devices. While we don't know what spectrum's being used here, we do know that Oppo has tweaked its radio chip to enable "more private" chatting on devices up to 3km apart. 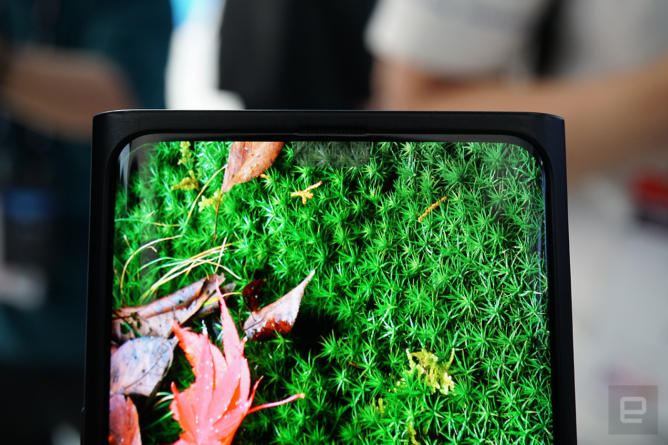 To the heavily-teased under-display camera and, as you might tell from this photo from Engadget Chinese, the screen above it isn't perfect. The OEM has configured a high-transmittance screen and some algorithms to make that little patch of the field look halfway decent. It also keeps the phone relatively thin and might be more desirable than a pop-up camera. 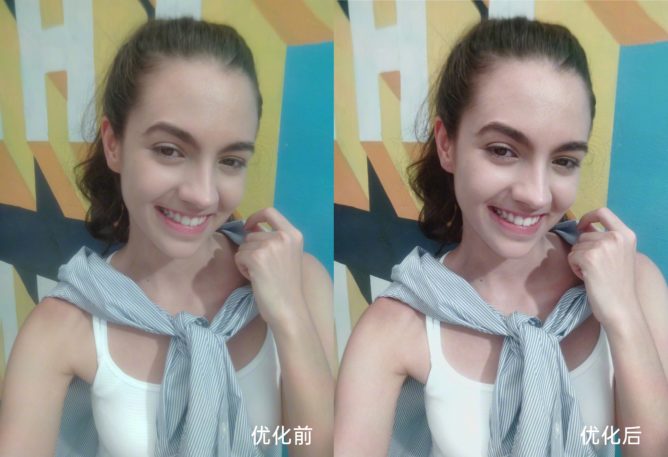 However, the display stack does have the disadvantage of cutting the amount of light that the selfie camera is able to receive by half. That, plus the fact that those diodes can fog up the picture a bit. With all that slack, the company is using specialized algorithms and AI to pick up white balance and even HDR — if you decide to own a phone with an under-display camera, get used to over-sharpened and oddly-colored self portraits.

We don't have word on when either feature will go public, but suppose that there really isn't much more improvement that can be done short of a full generation jump. It'll definitely be worth a try.