Last week we learned that No Break Games' quirky physics-based puzzle game Human: Fall Flat would be coming to Android on June 26th, and thankfully the developer has stayed true to its word as the title is now officially available on the Play Store for $4.99.

Human: Fall Flat is an odd puzzle game with imprecise controls, and that's by design. You can expect both a single player mode as well as multiplayer content where you can group with up to 3 other friends. Whether you chose to go it solo or enjoy teaming up, the puzzle-based gameplay remains the same. You'll spend your time solving these puzzles by exploring the bounds of the game's physics through wacky controls, and there are multiple solutions for each level. The single-player campaign should take players around five hours to finish, and the multiplayer mode should provide up to eight hours of play.

I'm sure the first thing people would like to know about this Android port is how well it controls. If you've ever played the console or PC releases, then you'll know that the controls have never been that exact, and this holds true for the mobile release. On the left of the screen you'll find a thumbstick, and on the right are your left and right-hand controls as well as a jump button. At first, it can be a struggle to use both hands in tandem, but with a little practice, you can get through most puzzles without too much trouble. Really, the only issue I have with the controls is the fact that there's no support for physical controllers connected over USB. Only bluetooth controllers are supported, which means there's no Shield TV support.

Another question people may have is how well the online support works. There are already a few complaints on the Play Store that note some lag in the multiplayer mode, but in my experience, my connections have worked fine with up to 4 people in one game. Of course, this is a new release, so the servers may not be up to snuff during the launch period, so your mileage may vary.

Human: Fall Flat is indeed a premium release, just like it was on consoles and PC. You can pick it up today for $4.99 ($10 cheaper than on Steam), and there are no advertisements or in-app purchases included. Achievements are supported through a Google Play Games Services sign in as well as cloud saving, which means you can easily pick up where you last left off no matter which supported Android device you want to play on.

I'm a big fan of quality ports landing on Android, and so the release of Human: Fall Flat is indeed a very welcome addition to the Android gaming library. Of course, it's difficult not to notice the dropped controller support, and I do have to wonder how long the servers will be full of players to group with. At the very least, if you plan on playing with friends or family, then this is a great co-op game to pick up, plus the single-player mode holds its own, so you can easily have fun by yourself. For $4.99, I wholeheartedly recommend picking up Human: Fall Flat on the Play Store if you're a fan of exploration-based puzzle games. 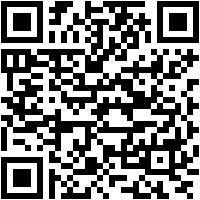 Presented with a unique sense of style, Human Fall Flat is a game unlike any other – and with today’s launch on mobile, which offers single-player local and up to four players co-op online, it’s also available to more humans than ever before, reaching audiences in 135 territories around the world.

To date, Human: Fall Flat has sold more than 7 million copies across all platforms. Initially debuting on PC, Mac and Linux (where it was one of the Top Played Games on Steam), it later saw a release on PlayStation 4, Xbox One and Nintendo Switch. In that time, the game has reached the top 5 of the Nintendo eShop in Europe and the USA and number 1 in Japan, rubbing shoulders with a certain other mustachioed handyman.

Meanwhile, on the PlayStation Store, the game also reached number 1 in Japan and made the December sales Top 10 in the USA, bringing a splash of slapstick comedy to the chart.

Human Fall Flat is a surreal physics puzzle game in which you play as a wobbly human who keeps dreaming about surreal places filled with puzzles where he’s yet to find the exit. At its heart, it’s a game which will make you laugh. You are no hero and possess absolutely no superpowers. Human’s journey is as random as it is surreal – with no fixed solutions to the obstacles he must overcome. Taking the form of open-ended sandbox levels in which players can experiment with solutions, Human must traverse this beautiful and diverse world in a bid to understand what’s powering his dreams. Players can play alone, with friends, family or total strangers! Work together to achieve any task - or spend hours pranking each other in the craziest ways possible. Play with up to 4 players for wacky mayhem! Players control Human’s basic movement, but operate his arms independently, making his journey haphazard, hilarious and fraught with danger. Human can pull, push, kick, carry, climb and break things in the world. Exploration and creativity are key, experiment and have fun! Along the way, players will learn more about the human condition – and maybe something about themselves, too.

Human Fall Flat is available now on the App Store and Google Play in North America, Europe, Oceania and parts of Asia. Japan distribution will occur in July with DMM. Greater China distribution with X.D. Network, featuring enhanced localisation, will occur at a later date.

For more information about the game, please visit: https://505games.com/games/human-fall-flat/

505 Games, a subsidiary of the Italian entertainment company Digital Bros., is a global video game publisher focused on offering a broad selection of titles for players of all ages and skill levels. The company publishes and distributes premium and free-to-play games on leading console, PC (Steam and GoG) and handheld platforms as well as for mobile devices and social networks.

505 Games has offices in California, United Kingdom, France, Germany, Italy, Spain, China and Japan. The company works with a network of distribution and sub-licensing partners in all other markets. For more information on 505 Games and its products please visit www.505games.com.

[Update: Google says not yet] Android Auto's fresh new interface is finally starting to roll out