Anker's recent PowerPort Atom PD 1 set a new standard when it came to wall chargers here at Android Police, so we were excited to take a look at the more powerful PowerPort Atom PD 2. Like its smaller sibling, this bigger version harnesses the magic of gallium nitride to pack more power into a smaller footprint, while also doubling both the number of Type-C outputs (2) and the maximum wattage (60W). Unfortunately, it doesn't quite live up to the smaller model's performance.

Once you go over 30-45W, wall chargers come in precisely two flavors: big square wall warts with a couple of outputs, or boxes with a bank of ports tied to an extension cord. The Anker PowerPort Atom PD 2 is the former, and it looks a lot like a stock, high-wattage Apple Type-C charger.

You have a folding plug for input near one corner, and a pair of USB Type-C outputs on the opposite narrow face, together with a round blue light that indicates when power is available. It's all set into a glossy white plastic case (matte gray around the outputs). 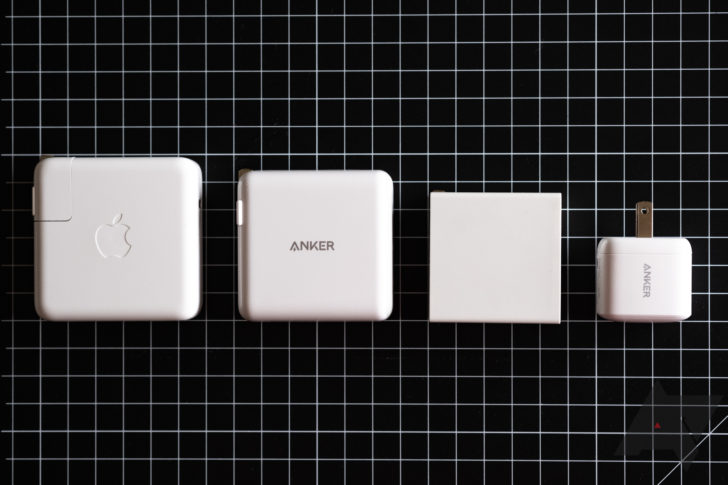 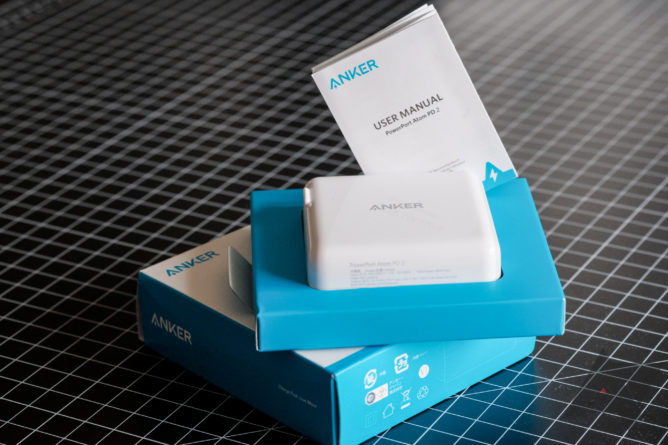 Included in the box is the expected folded-up user manual/warranty card, and that's it. No cables or other accessories are provided.

We ran the charger through our full gamut of tests:

Above: Voltage vs. Current output graph at 20V from 0A to 3A. Below: Power Delivery spec and available power data objects (volt & amp combos). 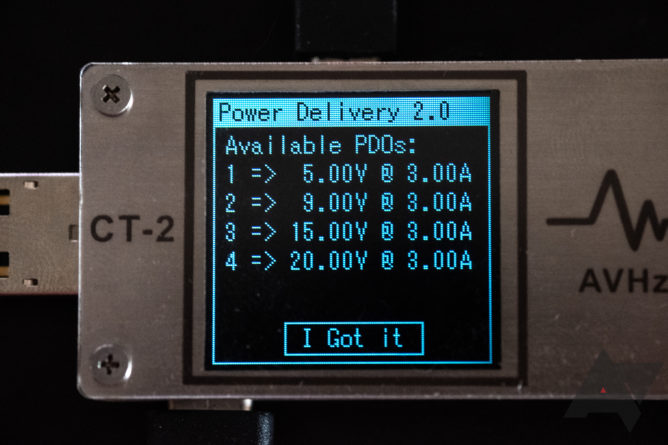 Although the charger did well in our artificial tests, meeting all its advertised specifications, it performed inconsistently in more anecdotal use. Among the less scientific parts of our testing suite is device compatibility with the gadgets we have on hand, and usually I go out of my way to test power accessories with Google's Pixelbook, since it's a notoriously picky device. The PowerPort Atom PD 2 occasionally refused to work with the Chromebook, or it would settle on odd, low voltages even when the Pixelbook was nearly out of power. Behavior like that can be an indicator that in some small way the charger is operating unusually or out of spec. Most other devices, such as my MacBook Pro and phones, worked better, though even they would oddly oscillate in amperage at times.

The PowerPort Atom PD 2 supports up to 60W out with two total outputs, but if you plug in a second charging device, the max output drops to 30W over each port. It doesn't matter if that other device is pulling 2W or 20W, both ports are immediately limited to 30W symmetrically. That's not a big deal, but you should plan around it. If you were hoping to be able to suck down 45W+ on a laptop while topping up a slow-charging Android phone, that's not gonna happen.

We did measure a low so-called "vampire" draw of 0.1-0.3 W from the charger when plugged in and not in use, a surprise given the PowerPort Atom PD 1 had none. It also reached a much hotter 175F (79.4C) maximum temperature in our tests (and we tested two units to be sure of this reading) which is hot enough to cause burns.

I'm at a loss to explain the differences between the PowerPort Atom PD 1 and the PD 2. I can't help but think they are different white-label hardware that Anker simply slapped its badge on, given the divergence in specifications and performance. The PD 1 did Power Delivery 3.0 and worked fine with all devices tested, the PD 2 does Power Delivery 2.0 and has intermittent issues with picky hardware. Since they're both parts of the same series, you'd assume they would have more in common with one another.

Maybe. If you absolutely need the smallest 60W, dual-port charger you can get, this is it. And it works well enough, but pickier devices may not like it. It also isn't that much smaller than other 60W USB Type-C chargers, although you do get a second port — just keep in mind that output drops to 30W for each if both are in use. 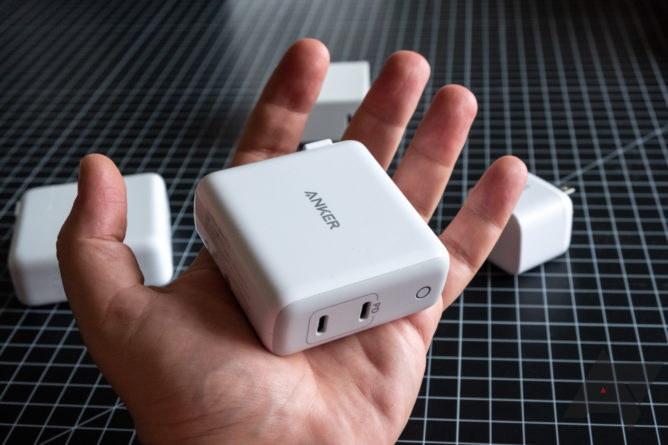 Compared to the incredible performance, compatibility, and relative value of the previous PowerPort Atom PD 1, the PD 2 is a bit disappointing. Anker just recently dropped the price to $44 for this over on Amazon, which is still more than some cheaper options, though it is quite a bit cheaper than Apple's stock 61W charger. At the previous $55 price, I didn't think the convenience of two Type-C ports and a little bit of saved space merited such a difference in cost, but $44 is much more fair, if you're alright with the issues that come with it.

The PowerPort Atom 2 suffered some compatibility issues in our testing, but most concerning was the worryingly hot temperatures it reached under load. 175 F is quite toasty for a device you'll likely have to touch and handle frequently to plug things into. Unless it's going to be living against an outlet, you might run into some trouble there using it on the go — and personally, that's basis enough for a "no" from me.

Sony will include the awesome WH1000XM3 noise-canceling headphones ($350 value) with Xperia 1 ...