Hell officially froze over when Google and Amazon decided to bury their squabbles and stop locking each other out of their respective TV ecosystems. Of course, Amazon apps have been available on Android for a long time, and the company would've shot itself in the foot if it didn't distribute its content and store to the biggest mobile OS in the world. However, TVs have always been a sensitive topic for Amazon and Google, as they're both directly competing with their Chromecast and Fire TV. Shortly after their truce, Amazon announced in April that it's bringing Alexa integration to Sony TVs powered by Android. As per a Play Store listing, it appears that this service is imminent, soon making it possible to control them via Echos.

The new app is simply called Amazon Alexa, but unlike its regular doppelganger of the same name, its description clearly states that it's meant to live on Sony smart TVs: "Use your voice to view your cameras, play music, or control your smart TV. Just connect any Alexa-enabled device to your WWA Sony Smart TV to get started."

Once you've installed and properly set up the app by naming your TV and signing in with your Amazon account, you should be able to control the TV with familiar Alexa commands. For instance, you could tell the assistant to switch channels, raise or lower the volume, and select different inputs. You should also be able to play music from Amazon's streaming service and its partners like Pandora, iHeartRadio, TuneIn, and more. On top of this, you can stream your security camera feed right to the TV.

These commands bring Alexa right on par with Google Assistant — it's been possible to control a properly equipped Android TV with your voice through it before. Keep in mind that almost none of the features are brand new, though. Apart from using your voice to switch channels and inputs, Alexa has been able to push content to TVs through the Fire TV stick.

The Alexa app is available for select Sony TVs in the US, the UK, Germany, Spain, France, Austria, and the Republic of Ireland (specific models in the links). You should be able to install it on supported devices right away by either heading to the Play Store through the widget below or by searching for it in your pre-installed apps. You can also try installing it on other TVs from other manufacturers, but it's likely that won't work.

Amazon has informed us that the Play Store version of the app is only available in the US, not in the other countries listed above. However, Sony TV owners in these countries should still be able to control their TV with Alexa — a system update pre-installs the app on supported models, as stated on Sony's UK website: "Supported models have the TV Control Setup with Amazon Alexa app on the Home screen. You do not manually install this app, it will automatically install on supported TVs."

We've found additional information on the differences between the pre-installed Alexa app on international models and the Play Store version for US TVs. While the pre-installed version allows you to voice control basic functions like on/off, channel switching, and volume, only the US Play Store app gives you the capability to play music and see your security camera feeds. 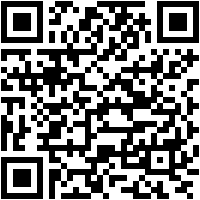 Human: Fall Flat is a chaotic physics-based puzzle game, and it just landed on Android