True wireless Bluetooth earbuds were introduced in 2014 by the likes of the Bragi Dash and later popularized by the Apple Airpods. Since then, we've seen incremental developments like fitness tracking on the Jabra Elite Active 65T and wireless charging on the Samsung Galaxy Buds, but the form factor has essentially remained the same — a pair of earbuds stored inside a charging case that goes in your pocket. Aipower, a sub-brand of Aukey, is looking to shake things up with the Aipower Wearbuds (that recently went live on Kickstarter) by combining true wireless earbuds with a wrist-based fitness tracker. 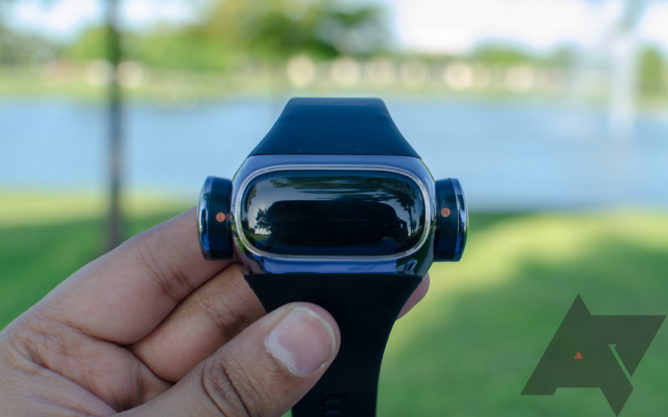 Aipower provided me with a prototype of the Wearbuds, which I've been using for about two weeks. Also, keep in mind this is a Kickstarter campaign, so delays and cancellations are always possible. 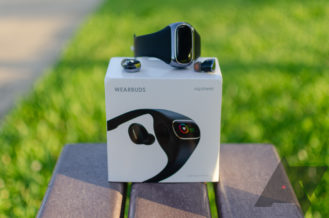 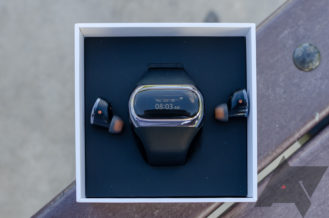 The Wearbuds' product packaging is pretty spartan — out of the box, you get the band, two earbuds, proprietary charger, and a quick-start manual. At first glance, the Wearbuds look like a robot's head from a classic Sci-Fi movie — with a single visor in the center and two circles on either side. They're made almost entirely of plastic, with a thin layer of metallic paint coating the outside of the band and earbuds. While they don't feel cheap, they don't feel premium either. One advantage of the plastic body is that it doesn't weigh too much — 54 grams, compared to Gear Fit 2 Pro's 30g and the MiBand 4's 11g. 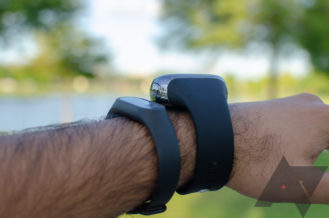 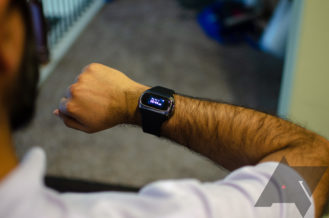 Left: The Wearbuds compared with the MiBand 2. Right: A demo of the tilt-to-wake functionality.

While the band may be light, there's no getting around the bulkiness — this isn't an unobtrusive fitness tracker someone may mistake for a Fitbit, and those with slender wrists may find it a bit unwieldy to wear. The silicone strap is comfortable enough, with an Apple Watch-esque buckle mechanism that holds it securely in place. To free an earbud from the band, you need to give it a push, which pops it out for easy removal.

The mechanism works well enough, but it's easy to accidentally trigger. We've been moving this past week, and the back of my hand pushed against the earbud and popped it out on several occasions while lifting boxes, ultimately leading to me losing the left earbud and having to ask Aipower for a replacement. 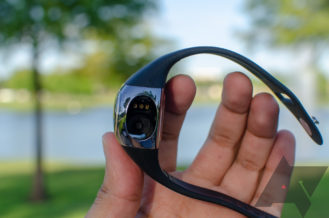 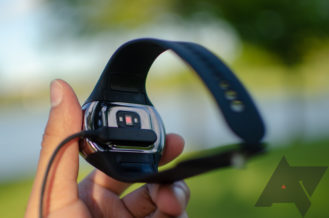 The back of the band houses the optical heart rate sensor and the charging mechanism — a proprietary port, to which the charger attaches magnetically. While the band is IPX5 water resistant, the earbuds inside are IPX6 and can resist a higher pressure water jet. These earbuds are amongst the lightest out there, at 3.6 grams each — less than even the diminutive Earin 2 (3.96 g), the Jabra 65T (5.8 g), the Galaxy buds (5.6 g), and the Airpods (4 g). The outside of the buds is flush, with no buttons. Instead, you can control audio playback with a series of taps and holds. Some of the controls are pretty straightforward, but others are quite counter-intuitive, like double-tapping the left earbud to switch to the next track (shouldn't the right earbud do this?).

Removing one or both earbuds automatically connects them to the last device used, and this happens reliably enough never to have been a problem. Taking off the earbuds and putting them back in the band will pause music and turn off the earbuds. However, this doesn't work all the time, and music continues to play inside the band.

When it comes to audio quality, I'm not the pickiest person out there — I do appreciate a clean listening experience, but the quality offered by Bluetooth has been good enough for me not to miss wired earbuds. I've moved between the Dash, Gear Icon X, and Airpods before settling down with the Jabra Elite Active 65T as a daily driver. 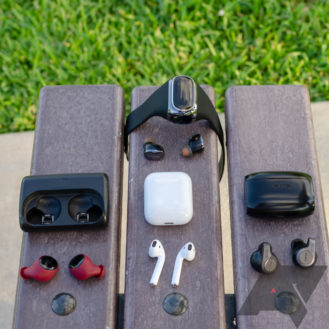 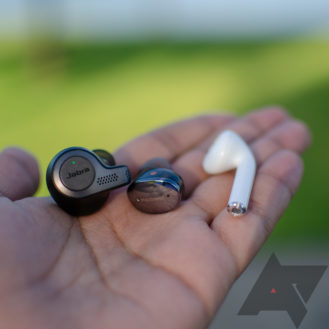 The Wearbuds compared to other true wireless headsets.

The Wearbuds use Qualcomm's aptX audio codec for low-latency, high-quality audio playback, and Aipower doesn't want you to forget this — every time the buds connect to your phone, the aptX logo flashes across the screen for a few seconds. Audio quality on the Wearbuds is satisfactory — they played every track in my testing playlist with reasonable fidelity, though the bass was a bit weak. If comparing them with other true wireless headphones, the Wearbuds have better audio quality than the Airpods, coming in just a bit shy of the Jabra 65T. The physical design and fit of the earbuds are fantastic — they barely protrude from my ears at all. 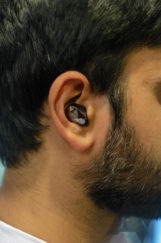 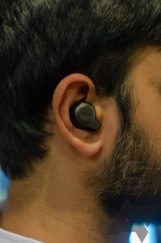 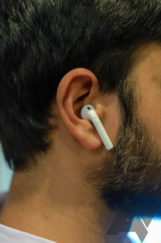 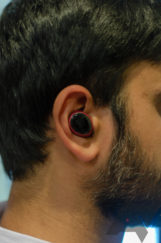 One of my favorite aspects of the Wearbuds has to be the fact that each earbud can operate independently of the other. Most true wireless earphones employ the right earbud as the master, so you can only use that bud by itself. The Wearbuds utilize Bluetooth 5.0's Mono Mode to let you use either one independently, which is a useful feature.

The smart band of the Wearbuds is supposed to function as a fitness tracker, by tracking your steps, sleep, heart rate, and floors climbed. The 1-inch display can also display the time, date, and notifications from your phone— it can't be set to always-on, but will automatically turn on upon raising the band.

Unfortunately, the band's hardware and software is still a work in progress. Step tracking was erratic, sleep tracking was plain wrong, confusing inactivity with sleep, and heart rate tracking mostly didn't work, with the green sensor light flashing for minutes on end only to declare a heart rate of 1 bpm. Aipower says the device shipped to backers won't have the same issues as this prototype, but it does leave a sour taste not having a significant feature of the product fully working.

Should you back it?

Maybe. As it stands, the Wearbuds are a competent pair of true wireless earbuds with decent sound quality, a good fit in the ear, and the ability to use each bud independently. The unique form factor allows you to have the earbuds readily available on your wrist — this can be quite convenient, but they might be easier to lose if a bud falls off. The bulkiness of the Wearbuds band is another point of concern — the best fitness trackers are those you don't even remember wearing, which is unlikely to be the case here. Lastly, the unreliability of the fitness tracking features warrants a mention, though this issue could be ironed out in the months to come. 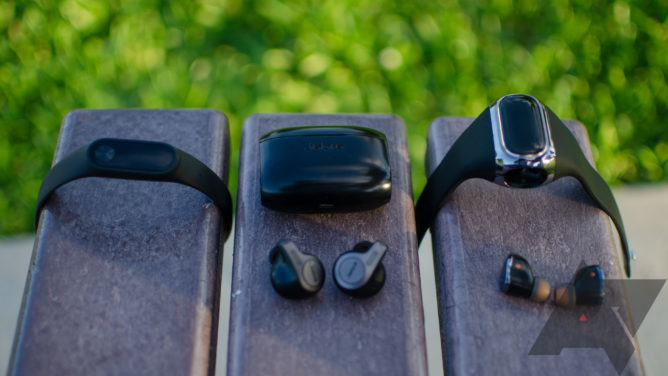 Can the Wearbuds replace two different products for you?

At the $99 Kickstarter pricing, these are worth backing, but keep in mind that you're contributing to a Kickstarter campaign, and not buying something on Amazon. The device we tested is not a finished product, but it's encouragingly quirky.