For the money, you can't argue with the value of Plantronics' headphones. The company makes some of the best-sounding and most feature-rich Bluetooth sets at multiple price brackets, and one of the greatest examples of that are the BackBeat Fit 500. These Bluetooth cans are now down to a dirt-cheap $46, $21 off their recent average price (and $34 off MSRP).

The Fit 500 are two years old at this point, but they still offer decent specs. They support Multipoint Bluetooth (to connect to two devices simultaneously) and can also be used with a 3.5mm wire should you prefer that. They can last for 18 hours of playback when used wirelessly, use MicroUSB for charging, and are sweat and moisture-protected. When I reviewed them, I found them comfortable to wear, despite their on-ear design, and liked their sound output. 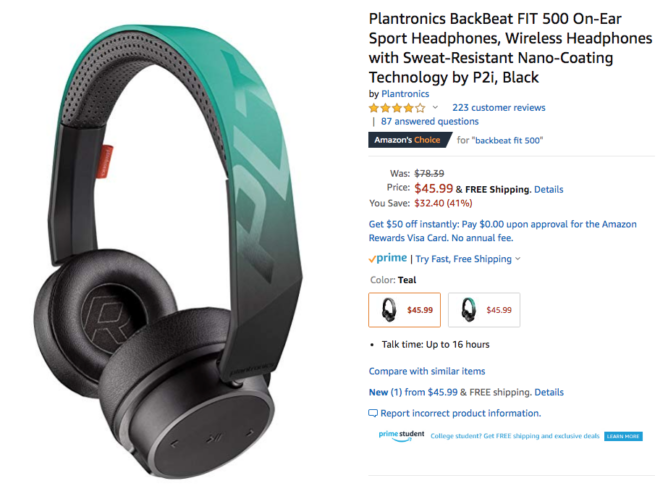 They're a great starter set if you just want to enjoy some music and don't need active noise cancellation, sensors, or extra oomph, and don't mind earcups sitting on your ears instead of around them. And at $46, they're nearly as cheap as many no-name brands with little to no recognition in the space. If you're interested, you can grab either the black or teal version for the same price from Amazon.