Raspberry Pi has quickly grown to become the go-to device for tinkerers, hobbyists, and developers alike. Over the years, the tiny computers have reached the attention of Android enthusiasts as well, with someone creating a DIY head unit for Android Auto. Google has turned its eyes to Raspberry, too, with it once planning to add the Pi 3 to AOSP. Today, the Raspberry Pi Foundation announced the latest iteration of its small device, the Pi 4 — which the company says is strong enough to replace a desktop.

The new Raspberry Pi 4 upgrades its hardware with a Broadcomm BCM2711 SoC, support for dual-screen 4K video output, USB 3.0, the option for up to 4GB of RAM, and USB Type-C power input. 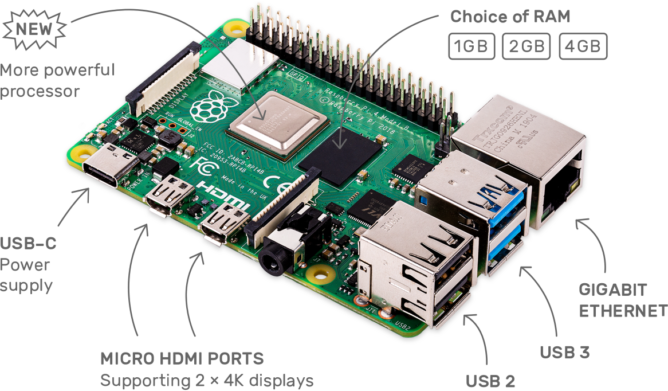 With these new capabilities, the Pi 4 could replace a proper desktop computer for some users. Especially when paired with a full 4GB of RAM, the ARM Cortex-A72 CPU should be powerful enough to run a couple of applications at a decent pace, without running into memory problems right away. Due to the form factor remaining the same, it should also be possible to swap out an older model for a Pi 4 when you deem it's time to upgrade your DIY project.

Despite all these improvements, the pricing hasn't changed. The base model with 1GB of RAM is still available for $35, while the new 2GB and 4GB versions will set you back $45 and $55 respectively. With all these flagship smartphones getting more expensive, it's nice to see that some machines remain affordable and accessible for enthusiasts, regardless of their financial situation.

[Update: Winners] Giveaway: Win one of two Amarey A900 robot vacuum cleaners (US)