Fans of third-party cloud storage providers will be excited when Chrome OS 75 finally reaches the Stable Channel. The update will deliver an optional flag which enables storage services other than Drive to finally integrate into the Files app in Chrome OS via Android apps — though not all third-party storage solutions are compatible.

Included in Chrome OS 75 is a new "ARC Documents Provider integration" flag. When enabled, it allows Android applications which include the DocumentsProvider API to appear as mounted devices in Chrome OS' Files application, as visible below, though they do take a bit to be mounted/show up after a restart. 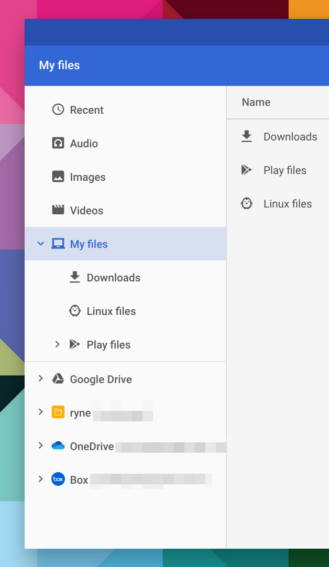 Following earlier reports on Reddit and coverage at About Chromebooks, we tested Microsoft's OneDrive, Box, and Synology's DS File apps, and they all worked, appearing as remote devices/services on the left navigation bar in the Chrome OS Files app. Fans of Dropbox should note that it didn't seem to work, presumably because it doesn't support the DocumentsProvider API. It also doesn't show up in the sidebar of Android's built-in Files app, either, which uses the same API, so it's probably up to Dropbox to fix this.

Chrome OS 75 should hopefully be landing in stable sometime soon. Both Android and the Desktop clients have already been updated to 75, Chrome OS Stable Channel updates typically land in six-week cycles, and the update to Chrome OS 74 was a bit over eight weeks ago, so we're a bit overdue.

Monday deals: Save on Sonos One, plus bargain wireless chargers and cheap smart lights